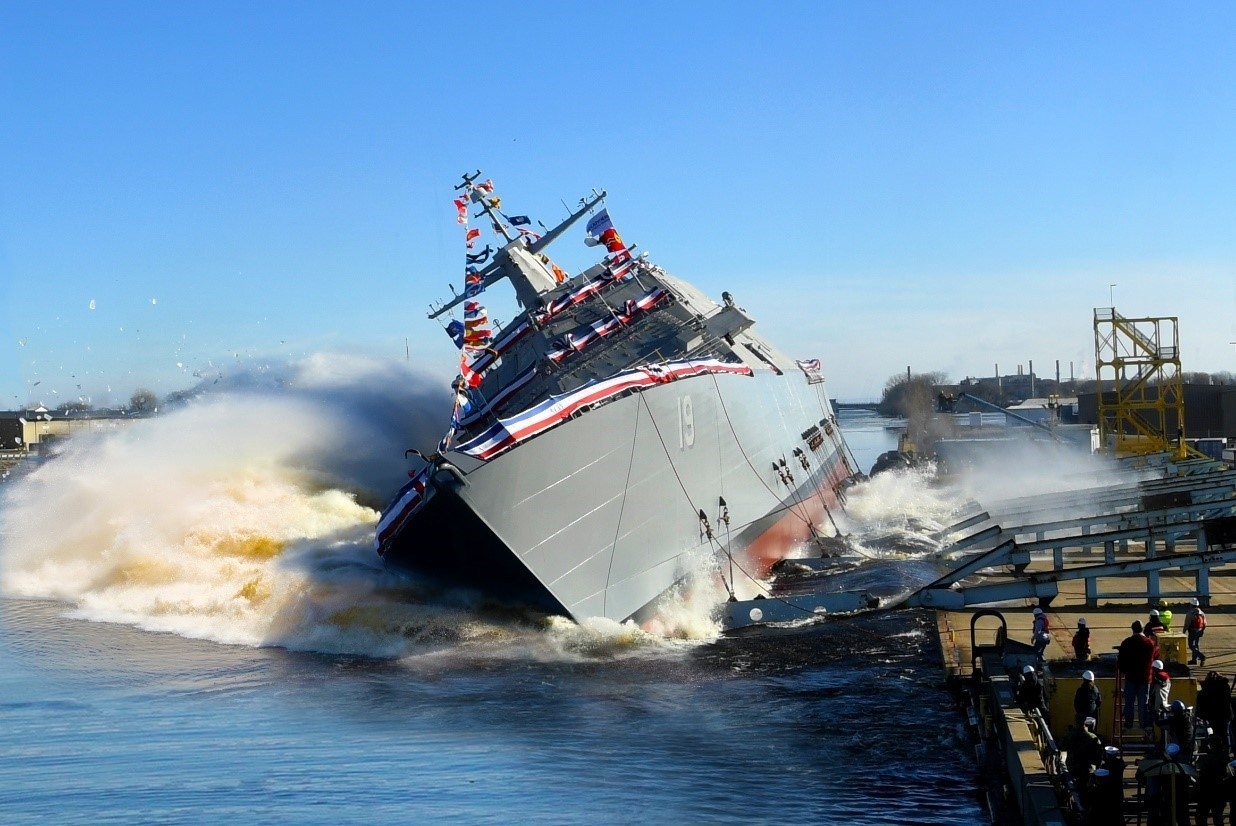 A new Freedom-class littoral combat ship being built for the US Navy was launched at the Fincantieri Marinette Marine shipyard in Wisconsin on Saturday, December 15.

The future USS St. Louis is the second ship christened and launched this year by the shipbuilding team of Lockheed Martin and Fincantieri Marinette Marine.

Like its sisters, the future St. Louis will have a speed in excess of 40 knots, Rolling Airframe Missiles, a Mark 110 naval gun, and automation allowing for a reduced crew.