Written by Baird Maritime on March 15, 2021. Posted in Search and Rescue, Ships (Naval). 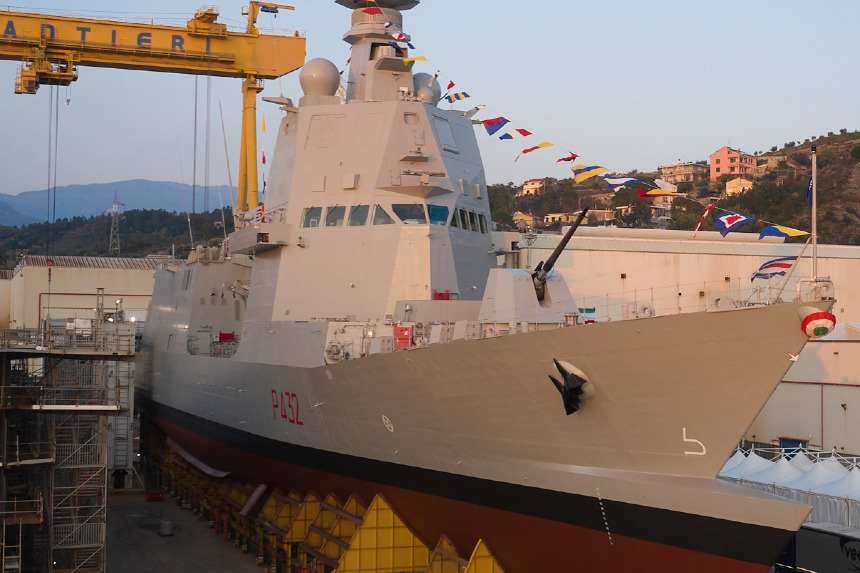 The future Raimondo Montecuccoli is the third of a planned class of seven ships to be used for patrol, search and rescue (SAR), and civil protection missions. It will have a length of 133 metres, space for 171 crew, and a propulsion system consisting of a combined diesel and gas turbine (CODAG) arrangement and electric motors.

The vessel will be delivered to the navy in 2023. All seven vessels under the Thaon di Revel-class are expected to be handed over by 2026.

The PPA honours Raimondo Montecuccoli, an Italian general who fought under the Austrian Empire during the Thirty Years’ War.