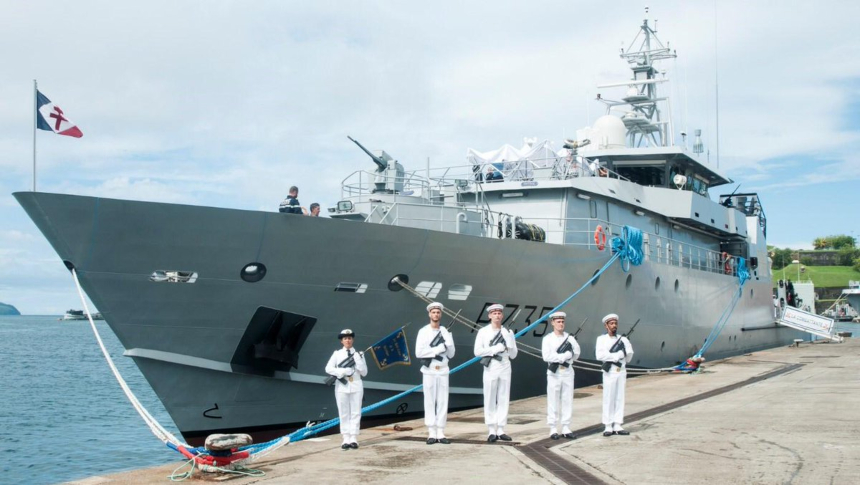 The 60- by nine-metre vessel is the third and final La Confiance-class OPV to be built by Socarenam for the French Navy. It is equipped with a remotely operated 20-millimetre autocannon, two 12.7-millimetre machine guns, and facilities for launching and recovering two small fast boats for interception and boarding operations.

La Combattante will be homeported in Martinique as part of the French government’s commitment to protecting its overseas territories.