Written by Baird Maritime on February 2, 2018. Posted in Ships (Naval). 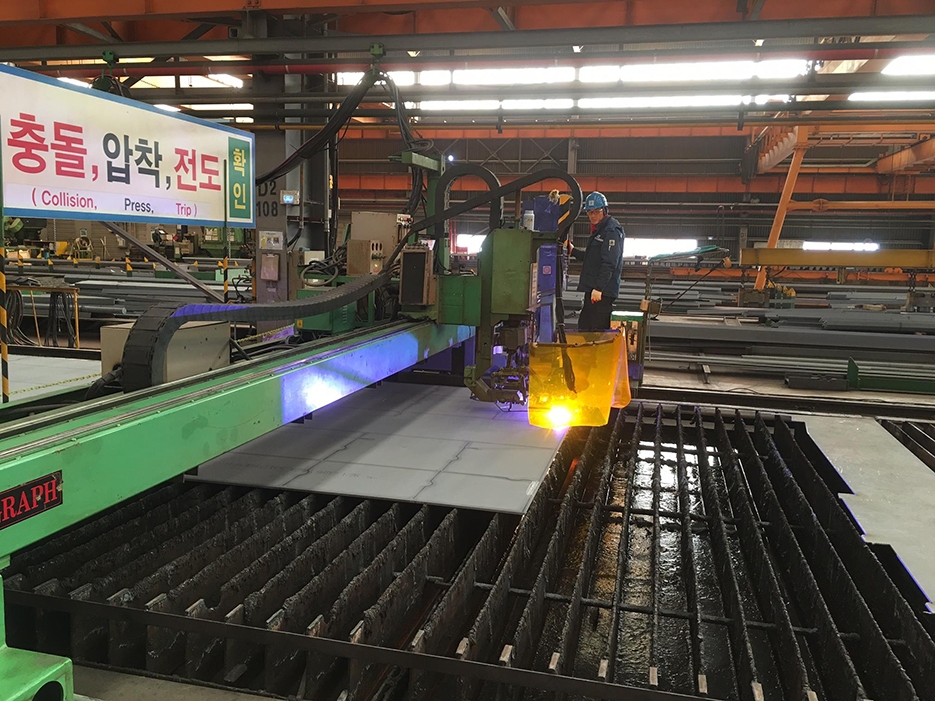 The first piece of steel has been cut for the New Zealand Navy’s largest vessel, HMNZS Aotearoa, which is under construction at Hyundai Heavy Industries’ Ulsan shipyard in South Korea.

The 166.2-metre by 24.5-metre Aotearoa will be able to refuel two ships at the same time while underway, carry and refuel New Zealand Defence Force helicopters, produce and store water, and store and transport bulk goods.

She will have twice the displacement (24,000 tonnes) of decommissioned predecessor HMNZS Endeavour and will carry 30 per cent more fuel.

Incorporating a wave-piercing hull that reduces resistance and lowers fuel use, the tanker with diesel-electric propulsion will also be strengthened for operations in Antarctica, including resupplying McMurdo Station and Scott Base. She will have an operating speed of 16 knots.

Aotearoa will also be a world-first naval Environship, with Hyundai using the Rolls-Royce Environship concept design under licence.