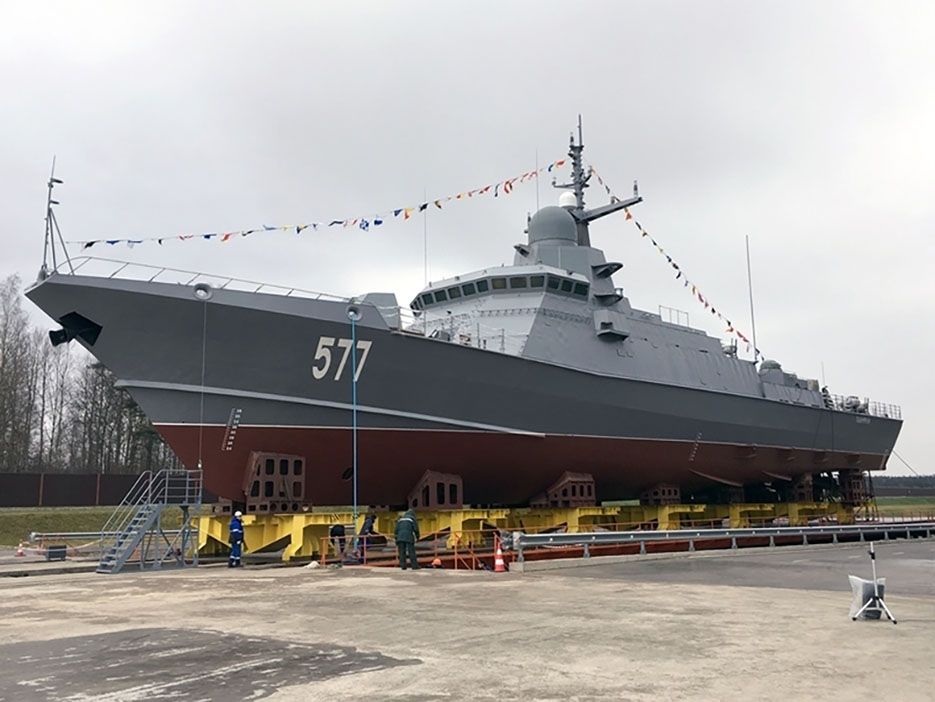 Reaching speeds of 30 knots, Typhoon has a cruising range of 2,500 nautical miles with 15 days’ endurance. The fast attack craft is designed for combat operations and to support military and humanitarian tasks.

Project 2280 (codename Karakurt) was developed for the navy by the Almaz Central Marine Design Bureau in conjunction with the navy’s Military Science and Training Centre.

The Project 2280 flagship Uragan is docked at the shipyard’s berth and is undergoing outfitting.