Mid-January saw the latest manifestation of the Washington-driven policy of internationalising the dispute over the sovereignty of the South China Sea (SCS), much of which is claimed by the People’s Republic of China, when the US Navy’s Arleigh Burke-class destroyer McCampbell, and the Type 23 frigate Argyll of the UK Royal Navy (RN) carried out joint exercises there.

These were the first UK-US naval exercises to have been carried out in the SCS since 2010. The two warships reportedly carried out manoeuvres, communications exercises, and replenishment at sea evolutions with the US Military Sealift Command Tanker Henry J. Kaiser, as well as personnel exchanges.

The past year has seen warships, and aircraft, of the naval forces of Australia, France and Japan carry out exercises in the SCS, as well as numerous “Freedom of Navigation” transits by US warships, and one by the RN amphibious warfare vessel Albion. These transits took the warships to within 12 nautical miles of Chinese-claimed islets. Beijing has issued many protests in response to such events. 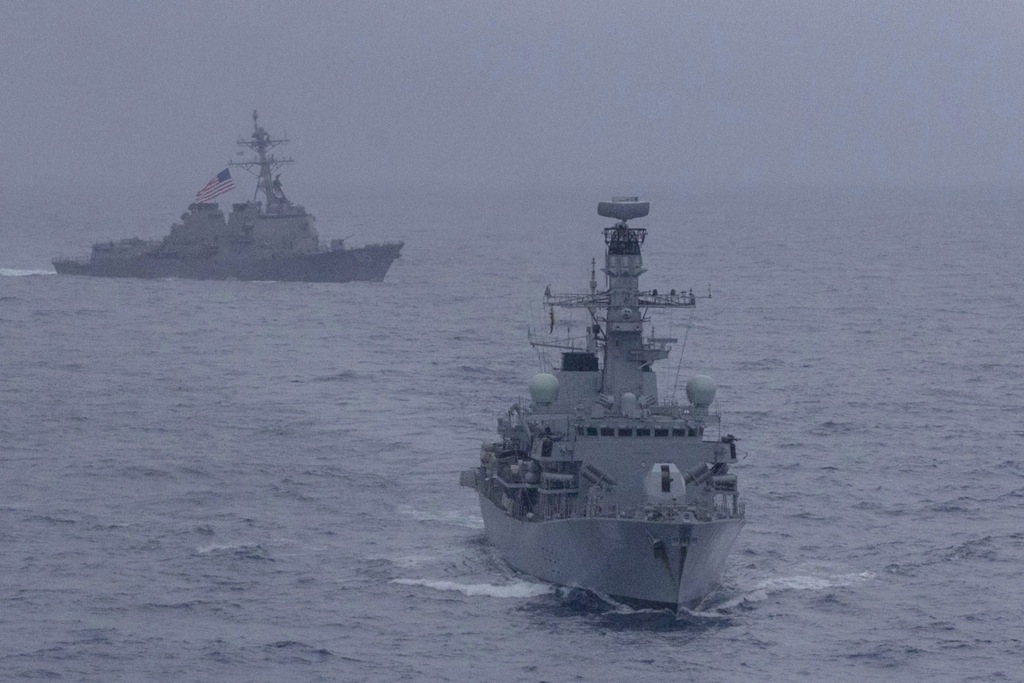 Argyll and McCampbell exercise in SCS

The exercise involving McCampbell and Argyll followed an announcement by UK Defence Minister Gavin Williamson that the RN was to establish bases in Southeast Asia and the Caribbean. His statement prompted a maelstrom of, frequently inaccurate, media comment.

In fact, the UK already has a small base in Singapore, namely the British Defence Singapore Support Unit (BDSSU), which includes alongside berths.

This facility has been in use since the Australia/New Zealand/UK Defence Force was withdrawn from Singapore in 1976.

The BDSSU is closely connected with the Five Power Defence Arrangement, which links the Armed Forces of Australia, Malaysia, New Zealand, Singapore and UK. It provides basic support for British and allied warships operating in the region.

There is some political imperative for the existence of the BDSSU, as it obviates the need for visiting non-US warships to use the large, but, for diplomatic reasons, low-profile US Navy shore facility in Singapore.

There is no news of any plans to expand the BDSSU. Meanwhile, almost unnoticed, there are ongoing projects to re-establish an RN base in Bahrain for frigates and mine warfare vessels, and to construct an alongside berth for British aircraft carriers in Oman. The justification for these facilities is that they will enable three-year warship deployments, with crew changes taking place in situ, thereby saving the cost of the fuel which is currently burned by RN ships carrying out transits between UK and “East of Suez”.

The RN aircraft carrier Queen Elizabeth is due to deploy to Middle Eastern and Asian waters within the next two years. There seems little doubt, therefore, that London’s naval focus has shifted back to the East.