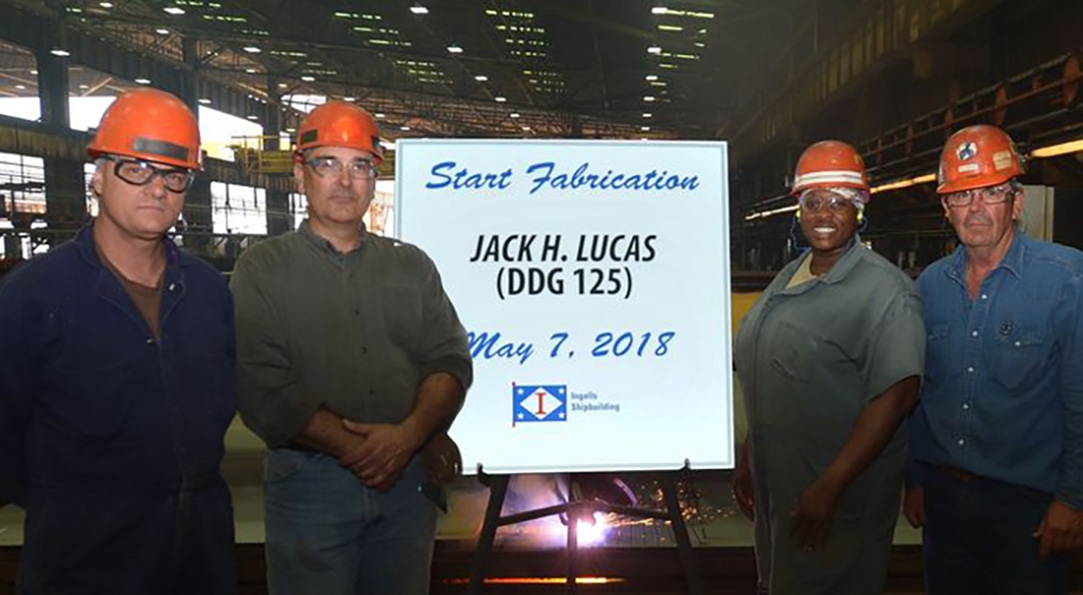 The start of fabrication signifies the first 100 tonnes of steel have been cut on the first Flight III ship in the class of destroyers.

Flight III will incorporate an advanced missile defence radar (AMDR) that will replace the existing SPY-1 radar installed on the previous DDG 51 ships.

She is named after Captain Jack H Lucas, who, at the age of 14, forged his mother’s signature to join the US Marine Corps Reserves during World War II.

He saved the lives of three fellow Marines when, after two enemy hand-grenades were thrown into a US trench, he placed himself on one grenade while simultaneously pulling the other under his body.

One of the grenades did not explode; the other exploded but only injured Lucas.

They conduct a variety of operations, from peacetime presence and crisis management to sea control and power projection.