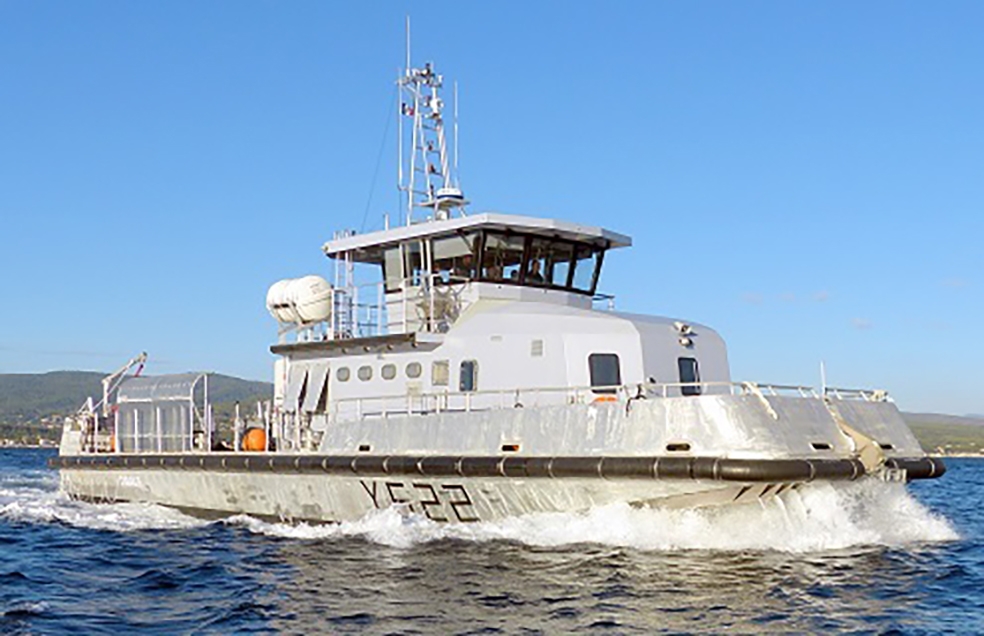 The contract, which includes an option for an additional two vessels, follows the successful operational trials of La Cigale, which was delivered in November.

Designed by Bureau Mauric, the barges, which are also known as CMMs (chalands multi-missions), feature a hybrid propulsion system that combines combustion engines and an electric motor powered by batteries.

Intended to operate in military bases or near the coasts of naval bases, the 24-metre by eight-metre vessels have an aluminium hull and composite superstructure.

Displacing 53 tonnes, they reach a speed of 10 knots and can carry up to 36 sailors or divers.

Two multi-mission barges will be docked at Brest, two at Toulon, one at Saint-Mandrier and one at Cherbourg. The optional CMMs would be operated in the Caribbean and New Caledonia.