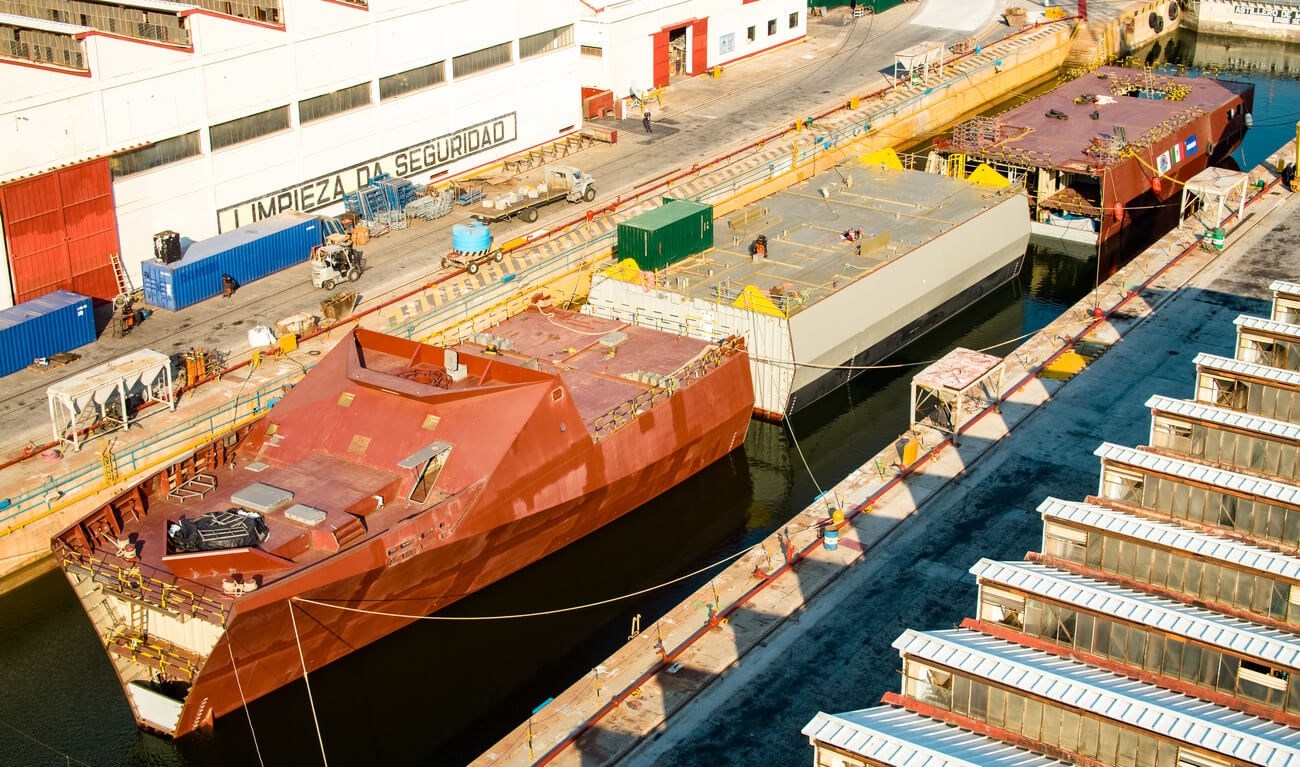 Damen Shipyards is overseeing the build a long-range ocean patrol ship for the Mexican Navy.

The ship will be 107 metres in length with a beam of 14 metres. It will be able to sail at speeds of up to 25 knots and be able to operate for more than 20 days at sea.

Damen built two of the six modular sections of the vessel at Damen Schelde Naval Shipbuilding in Vlissingen, the Netherlands.

The remaining four modules are being built locally in Salina Cruz, Mexico.

The first of the Dutch modules has arrived in Mexico, where it is being integrated by Mexican personal with two of those already built in Salina Cruz.

The hull is complete and sitting in drydock, where it is being prepared to receive the other three superstructure modules.

The flagging ceremony of the ship is planned for November 2018.

After this, a full integrated process of setting to work, commissioning, training, tests and trials will continue in 2019.