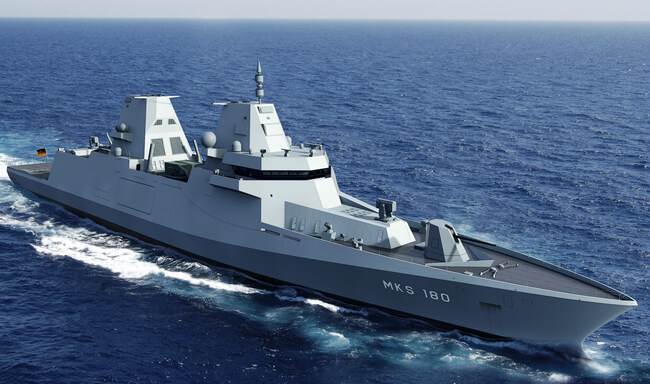 Damen will serve as the main contractor for the project, which also includes partners Blohm+Voss and Thales. The combination of companies was previously declared the winner of a European tender, said to be the largest ever in the history of the German Navy.

The commencement of the frigates’ design and construction phase was marked by the signing of the contract between Damen and BAAINBw on Friday, June 19.

The vessels will be built at Blohm+Voss in Hamburg, but partly also at other shipyard locations in Germany, including Bremen, Kiel, and Wolgast.

Besides this, approximately 100 small and medium-sized companies from the maritime industry, mechanical engineering and plant construction sectors will be involved in the implementation. These companies originate from almost all German states.

The four frigates are scheduled for delivery from 2027 to 2031. There is also an option to supply two more frigates after 2032.

The newbuilding contract has a value of approximately €4.6 billion (US$5.15 billion).