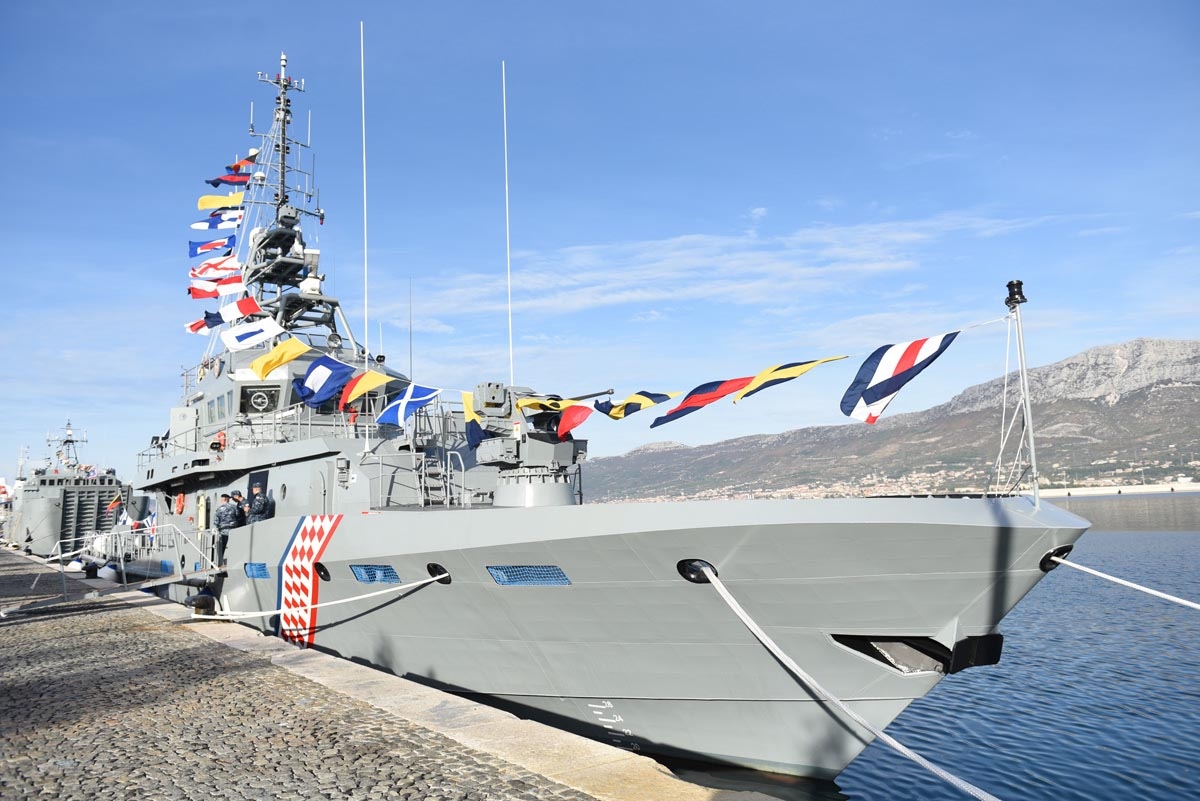 The Croatian Navy took delivery of the newbuild patrol vessel Omiš in a formal ceremony on Friday, December 7.

Omiš is the lead ship of a planned five patrol vessels of the Croatian Navy’s Obalni Ophodni Brod-class.

It will undergo another five months of trials before it begins operational sailing.