Maritime forces need to possess at least one of two types of prime asset in order to be seen as “first division” navies, namely nuclear-powered submarines, and aircraft carriers. Both these types of warship offer long range, sustained in-theatre presence, as well as major hitting power.

The question of how many navies currently operate aircraft carriers is a difficult one to answer precisely. Aviation-capable, through-deck ships which. nominally at least, are primarily helicopter-equipped amphibious warfare vessels, but can also operate short take-off and landing (VSTOL) F-35B Lightning II Joint Strike Fighters, are already in service, and the type is proliferating.

Only a handful of navies, though, operate “classic” aircraft carriers, some fitted with catapults, and arrestor wires, for the launch and recovery of aircraft, others operating VSTOL fighter bombers. 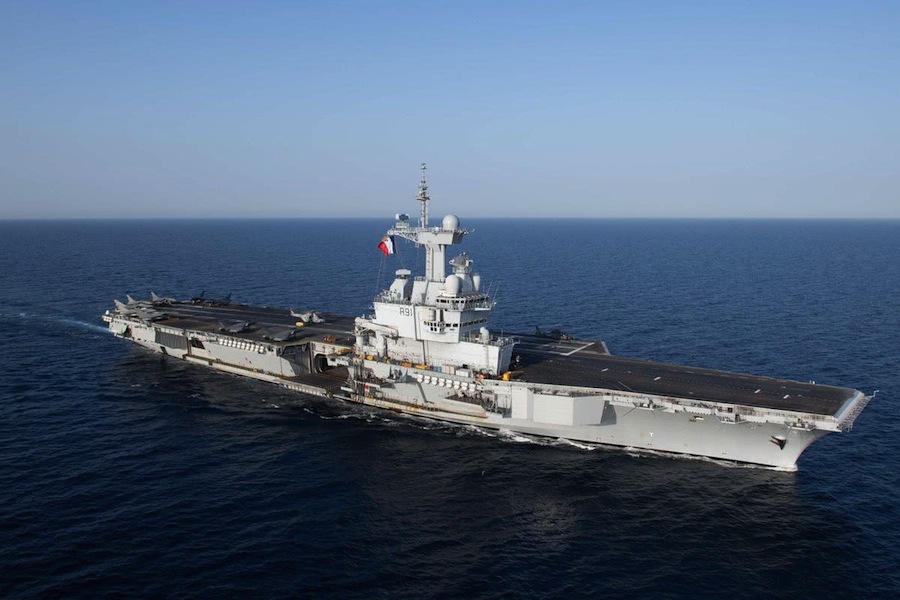 The US Navy has 11 nuclear-powered carriers, the French have one. Russia has one oil-fired steam turbine powered, VSTOL aircraft-equipped, carrier. China has one, with another due in service soon, while, India has one ex-Soviet example.

UK’s two new big Queen Elizabeth-class gas turbine/electric motor powered carriers are intended mainly for deep-sea strike, and interception, by F-35Bs, and anti-submarine operations by Merlin helicopters. They have only a secondary role in support of amphibious warfare, although second-of-class, Prince of Wales, currently nearing completion, is receiving some modifications to enhance its utility in such a role.

The Royal Thai Navy’s small carrier is VSTOL capable, but is currently only equipped with helicopters.

Japan, for its part, is to upgrade its two flat-topped “destroyer helicopter” warships to operate the F-35B.

The USA, India, China and France all have big new carriers in the pipeline, but the overall trend is undoubtedly towards more cost- effective dual purpose vessels, designed for both amphibious warfare and VSTOL fighter bomber operations, with some new players set to enter the game.

Already operating such ships are Italy, Spain and the US. South Korea has recently launched the LPH Marado, which is reportedly equipped to operate the F-35B. In view of Japan’s imminent re-entry into the seaborne fixed-wing aviation world, it would indeed be surprising if South Korea were not to follow suit. 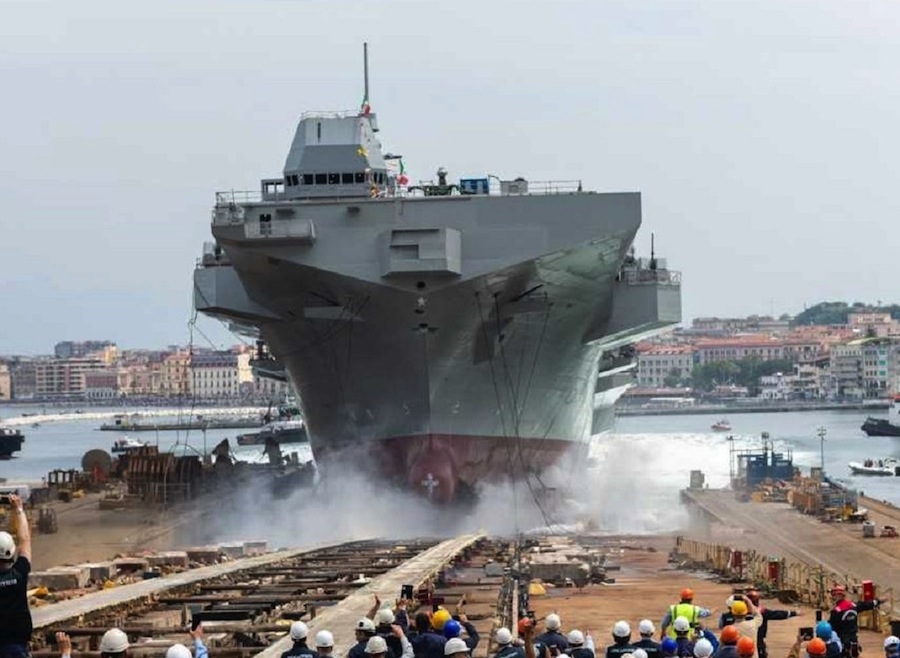 In build for the Turkish Navy is Anadolu, based on Spain’s Juan Carlos 1, while Italy has recently launched the LPH Trieste, which has a twin-island configuration, indicating optimization for the operation of a significant number of F-35Bs.

Brazil may yet modify its ex-British helicopter carrier Atlantico to support VSTOL operations, but there have been, to the surprise of some analysts, no reports that the Royal Australian Navy is to operate VSTOL aircraft from its pair of partly Spanish-built landing helicopter (dock) ships Canberra and Adelaide, although they both feature ski-jump take-off ramps at the bow.

Despite the proliferation of the type of vessel which is currently underway, aircraft carriers remain a controversial type of warship, subject to frequent denigration by some defence analysts.

Critics point to the heavy cost of carriers, compounded by the need to maintain escort flotillas of pricey, sophisticated warships.

A further strong and often-heard criticism of carriers is the vulnerability inherent, particularly in an age of very effective real time satellite surveillance, in their considerable size.

Also, some analysts doubt the long term strategic value of carrier operations, when the main threats to maritime security are posed, in the medium to long term, by terrorism and asymmetrical warfare in the littoral.

Supporters of the type, on the other hand, point to the wide range of capabilities which can be provided by a single aircraft carrier hull. These capabilities include:

Supporters also query the alleged high vulnerability of carriers, pointing to the very high top speed, of nuclear-powered carriers in particular, which enables rapid repositioning, including deceptive manoeuvring, and that carriers can also readily take advantage of cloud cover to reduce their detectability from above.

Their speed also enables rapid response and flexibility. A further advantage noted is the political/diplomatic impact of the deployment of carriers, which can, if necessary, remain poised and highly visible, for prolonged periods in areas of high maritime tension.

Controversy over the viability of aircraft carriers seems set to continue, but there is as yet no sign of a halt to the proliferation of these high status warships.