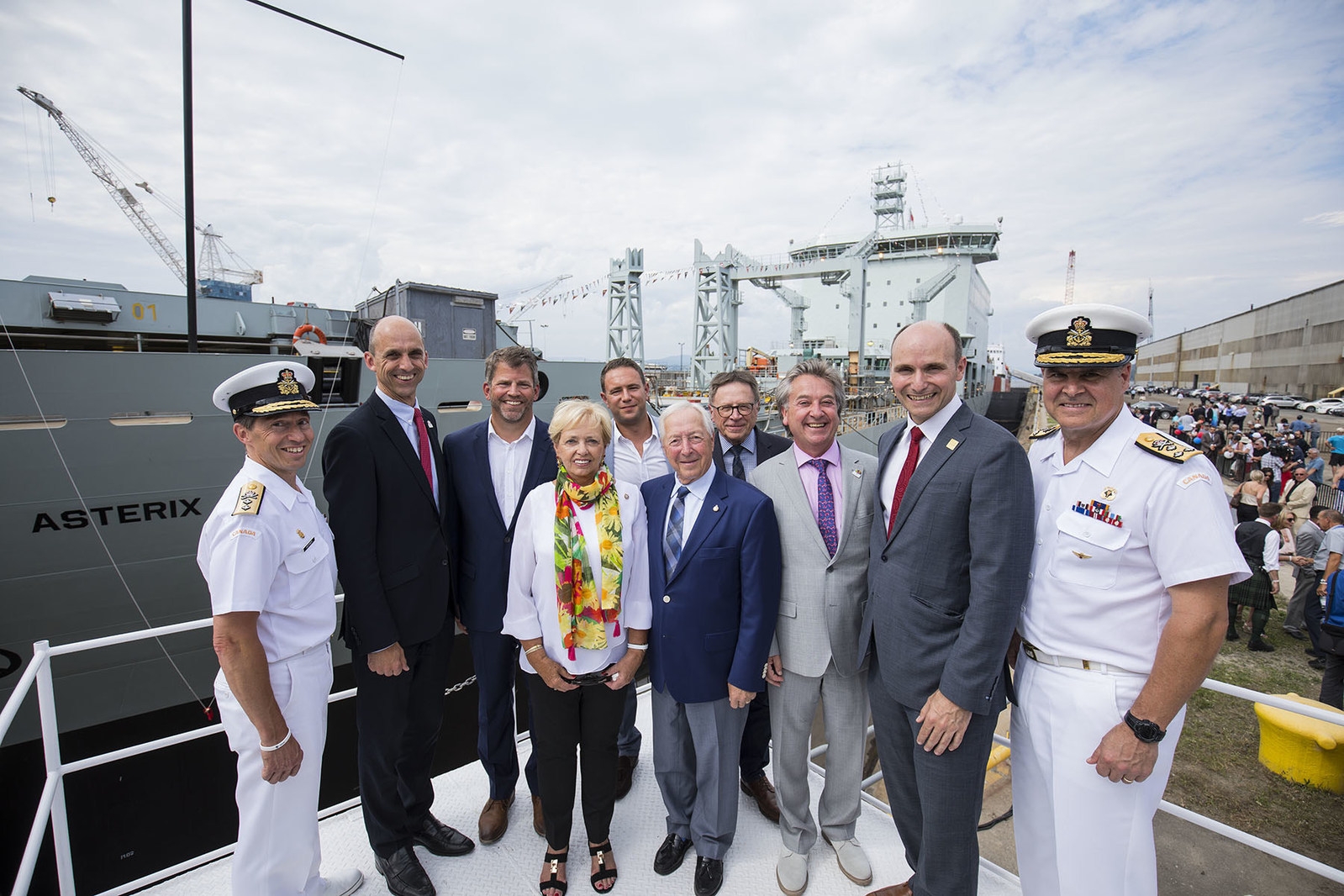 Last Friday, Canada’s Davie Shipbuilding shipbuilder unveiled Asterix, the first large naval ship to be built in Canada in over 20 years. Davie took just under two years delivering the Resolve-class support ship which will enter into service with the Royal Canadian Navy by the end of this year as initially planned.

The Resolve-class vessel will be the largest naval platform in service with the Royal Canadian Navy for the foreseeable future and will provide a wide range of functions from at-sea replenishment of fuels and cargo to aviation support, fleet medical support and humanitarian and disaster relief.

Instead of building a ship from scratch, a modern container ship was procured and converted. Asterix was privately financed by Davie and will be leased to the government.