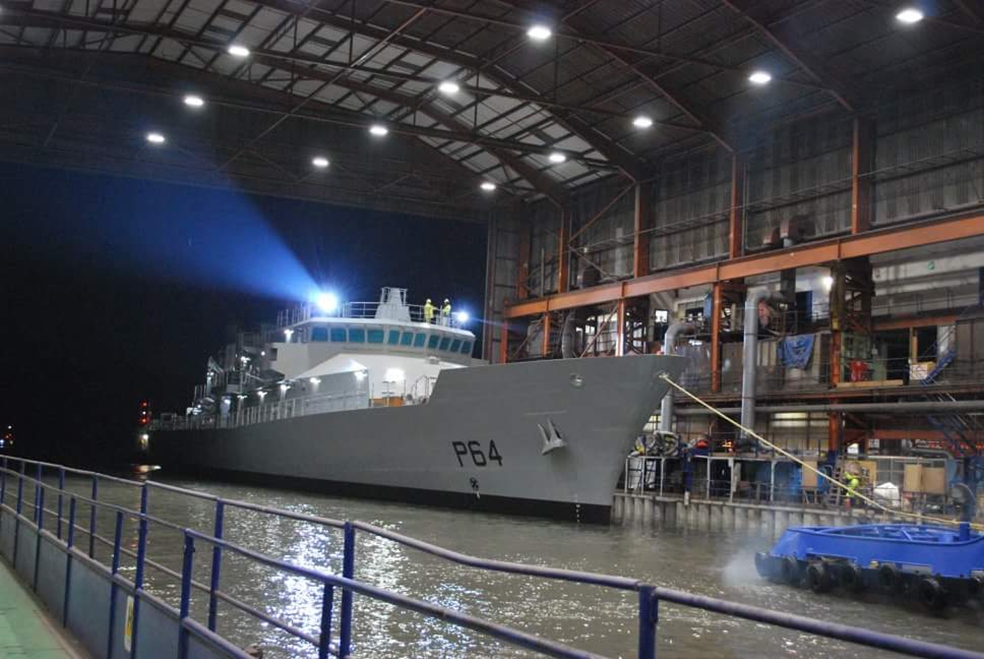 Following the float out of the 90-metre ship at the North Devon shipyard, it was moved into the River Torridge at high tide to complete work at the tidal wharf.

Construction is expected to be completed in July, with delivery to the Irish Naval Service to occur later this year.

The OPVs perform a range of duties including fishery protection, ​drug interdiction, ​search and rescue, anti-pollution and maritime security duties.​

Capable of accommodating 44 crew members and an additional 10 trainee berths, the 2,256GT OPVs have autonomous engine rooms and are capable of a top speed of 23 knots and a range of 6,000 nautical miles at a cruise speed of 15 knots on a single engine.

They have a 76mm gun as the main weapon and can act as a mother ship for three rigid hulled inflatable boats.

Babcock is building the four OPVs under a contract signed with the defence ministry in June 2016.