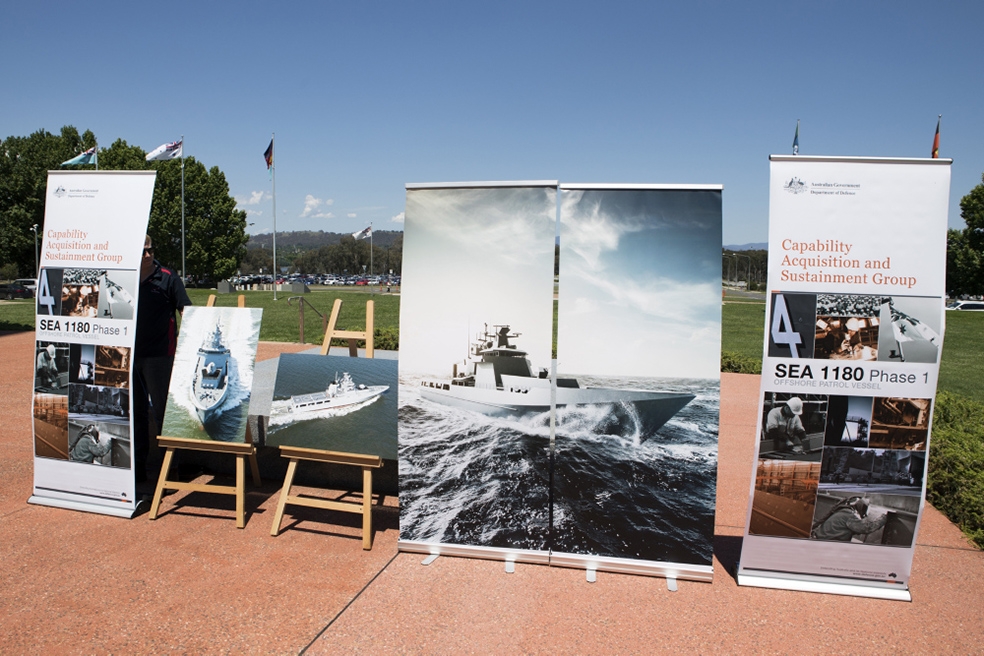 Australia’s defence minister has officially signed an AU$3 billion (US$2.4 billion) contract with Lürssen to lead the design and build for 12 offshore patrol vessels (OPV).

The 12 Australian PV80 variants will be 80 metres in length, with a displacement of 1700 tonnes and a draught of four metres.

Accommodating up to 60 personnel, the vessels will be fitted with a 40mm gun for self-protection, three 8.4-metre sea boats and command and communication systems that allow them to operate alongside Australian Border Force vessels, other ADF units and regional partners.

They can accept modular mission packs, such as unmanned aerial systems.

The first two OPVs will be built at the Osborne Naval Shipyard in South Australia starting this year and 10 will be constructed at the Henderson Maritime Precinct in Western Australia from 2020.

Lürssen will subcontract ASC to build the first two ships in South Australia. It is in negotiations with Austal and Civmec to build the other 10 ships.