Written by Baird Maritime on May 13, 2019. Posted in Ausmarine - Maritime Security, Ships (Naval). 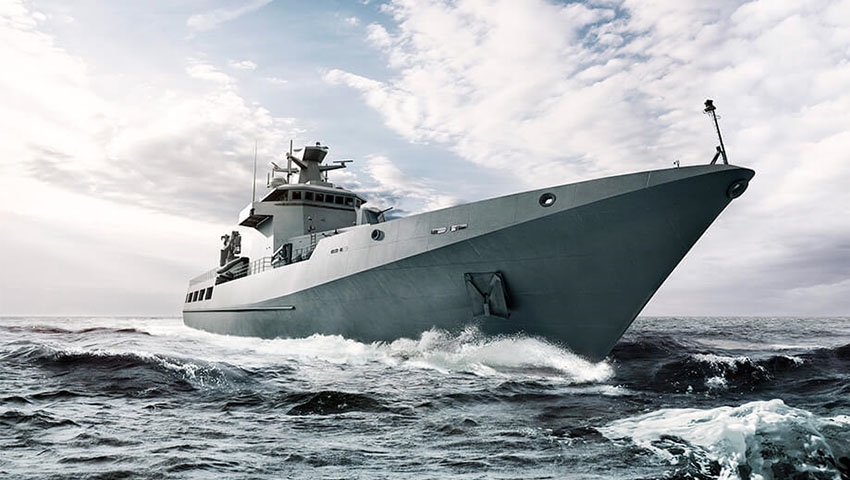 A ceremonial keel-laying was held for the Royal Australian Navy’s (RAN) first Arafura-class offshore patrol vessel (OPV) at Osborne Naval Shipyard in Adelaide on Friday, May 10.

The future HMAS Arafura is the first of 12 vessels that are destined to replace the Armidale-class patrol boats in RAN service.

The OPV, which is named for the Arafura Sea between Australia and Indonesia, is scheduled to be launched in 2021.

Lürssen Australia and ASC are the prime contractor and shipbuilding sub-contractor, respectively, for the Arafura-class construction programme.