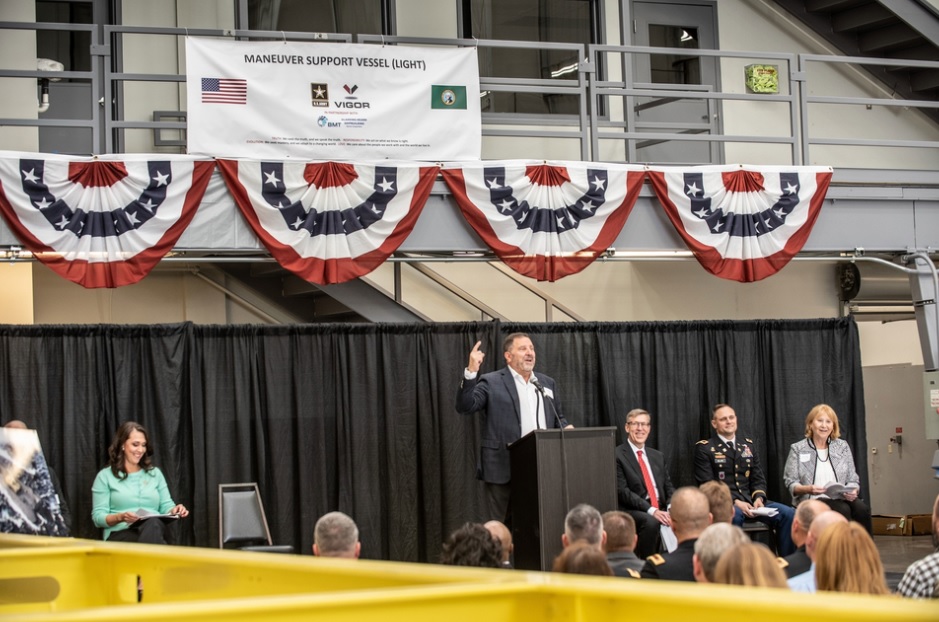 Vigor has laid the keel for the first Maneuver Support Vessel (Light) (MSV(L)) that the company is building for the US Army.

The aluminium-hulled vessel will be named SSG Elroy F. Wells in honour of Staff Sergeant Elroy Wells, a US Army watercraft crewman who was killed in action in the Vietnam War.

Designed in partnership with BMT, the MSV(L)s will feature improved capabilities compared to the army’s current LCM-8 landing craft.