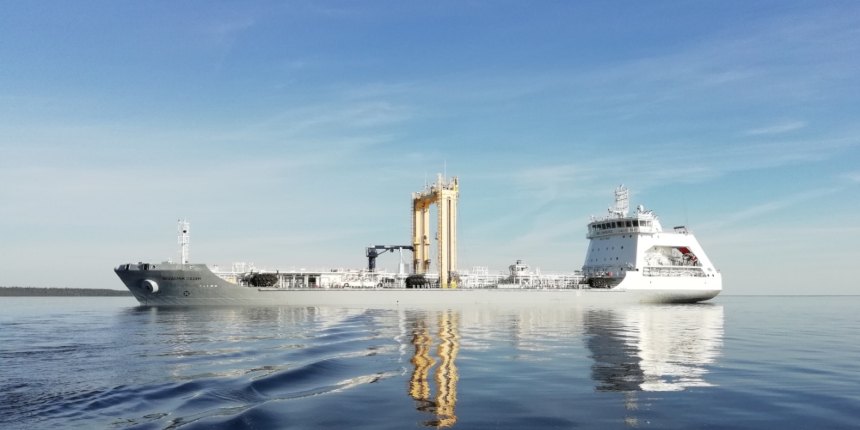 The tanker honours the late Valentin Mikhailovich Pashin, a Russian naval engineer and recipient of the Hero of the Russian Federation award.

The only vessel to be built under Project 23130, Akademik Pashin has a length of 130 metres, a beam of 21.5 metres, and a deadweight of 9,000 tonnes. It is capable of simultaneous refueling of up to three vessels and is equipped to carry out limited cargo transport duties.