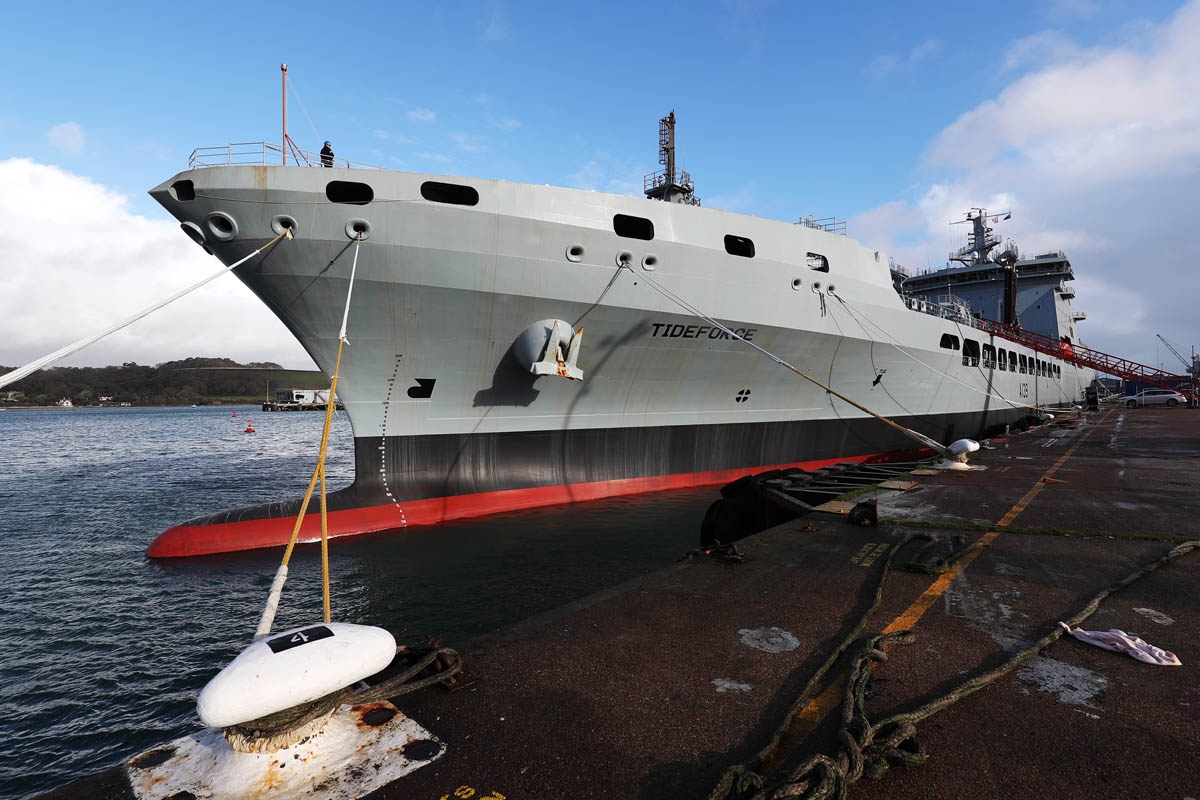 RFA Tideforce, the final one of four Tide-class replenishment tankers built by Daewoo Shipbuilding and Marine Engineering (DSME) for the Royal Fleet Auxiliary (RFA), has been inaugurated into service.

The 39,000-tonne vessel, along with sisters RFA Tidespring, RFA Tiderace, and RFA Tidesurge, will be used to provide fuel at sea to Royal Navy, NATO, and allied warships, as well as other supplies and fresh water when required.

Tideforce can also undertake a wide range of independent operations, such as patrols policing shipping lanes and humanitarian relief.