Written by on February 12, 2019. Posted in Naval auxiliary/support vessels.

Included in the plans are a pair of vessels of a new type, which have been dubbed Future Littoral Strike Ships (FLSS). The prime role of the new ships will be the offshore support of combat operations by UK’s Special Forces (SF), namely the British Army’s Special Air Service, and the Special Boat Service of the Royal Marines.

The intention is to forward base one of the FLSS in the Mediterranean, and the other in the Indo-Pacific region. The ships themselves are not intended to go in harm’s way, and will probably not be fitted with fixed armament. 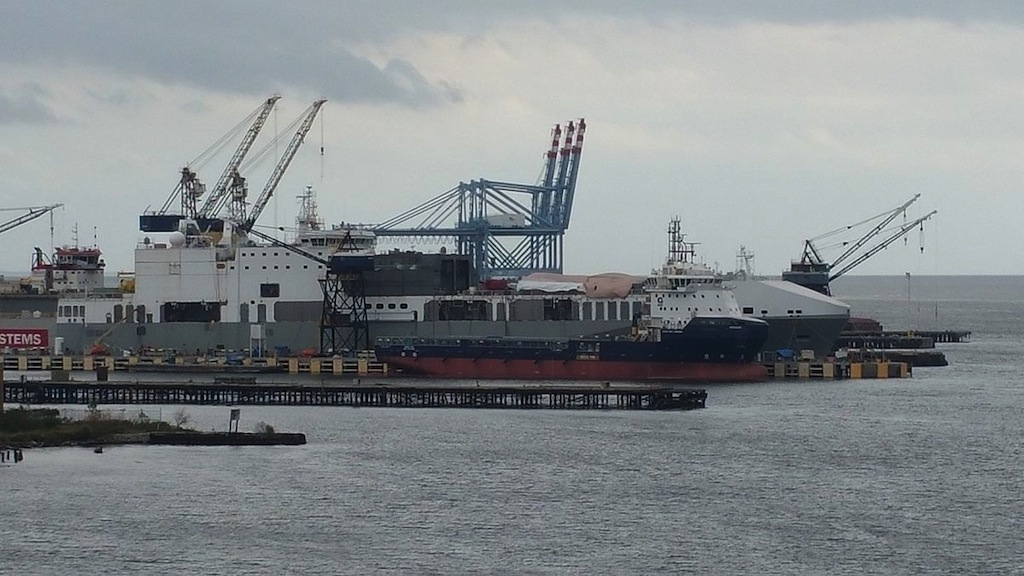 The FLSS will feature more than one helicopter deck, hangars, a number of boat bays, substantial troop accommodation, and medical facilities. A recently released computer-generated image indicates a strong resemblance to the covert American SF mother ship Ocean Trader, which is a Danish-built Ro-Ro vessel, converted for SF use by BAE Systems in Mobile, Alabama.

Few details of the project have been released, although Williamson was subsequently quoted as confirming that the vessels will be conversions of existing merchant ships.

It is not yet clear whether they will be manned by UK Royal Navy, Royal Fleet Auxiliary, or contracted civilian crews.