Written by on February 15, 2019. Posted in Naval auxiliary/support vessels. 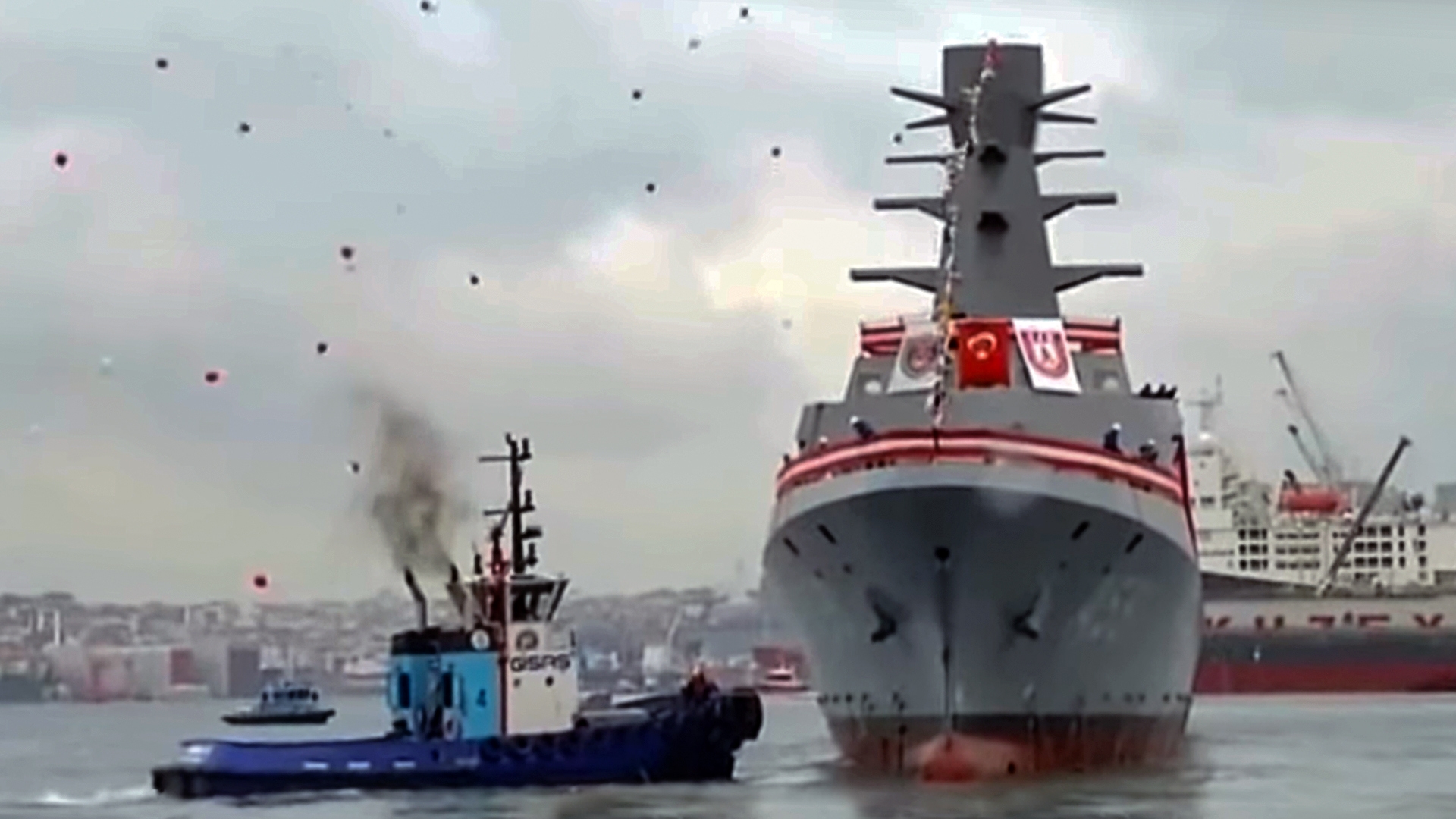 Although not often recognised as a maritime power, Turkey has for many years operated a powerful naval force.

The Turkish Navy’s contemporary order of battle features more than 100 combat assets, including submarines, frigates, missile-armed fast attack craft and mine warfare vessels, and there are numerous new warships in build.

Due for completion in 2021 is the indigenously-built light aircraft carrier Anatolia. Under construction by Selef Shipbuilding, it is based on the Royal Spanish Navy’s Juan Carlos 1 amphibious warfare vessel, and will operate F-3B Lightning II fighter bombers.

Turkey’s’ naval commitments include participation in NATO and multilateral operations and exercises, and membership of the United Nations’ UNIFIL Maritime Task Force, which carries out security patrols off Lebanon. Long-term tensions between Ankara and Athens are another important reason why the country retains a large naval force.

Now comes news that Turkey will quite soon be joining that elite group of navies which operate dedicated signal intelligence gathering (SIGINT) vessels.

Launched at the Tuzia shipyard on February 9, 2019 was the, “trials, training and intelligence vessel” Ufuk. Speaking at the launching ceremony, Turkish President Recep Tayyip Erdogan left no doubt that the ship’s main role will be SIGINT, and stated that developments in Syria, the Mediterranean and the Black Sea meant that there was an urgent requirement for such an asset.

Analysts believe that the new vessel will also have some focus on the divided nation of Cyprus, particularly in view of Ankara’s reported displeasure over Nicosia’s current prospecting for oil in the seaways off the Mediterranean island.

Ufuk has a length of 99.5 metres, and displaces 2,400 tonnes. The ship’s design is based upon that of Turkey’s Ada-class frigates, but it is powered by diesel engines, which enable a top speed of just 18 knots, rather than by gas turbines. There is a stern flight deck to support operations by a light helicopter, but no hangar.