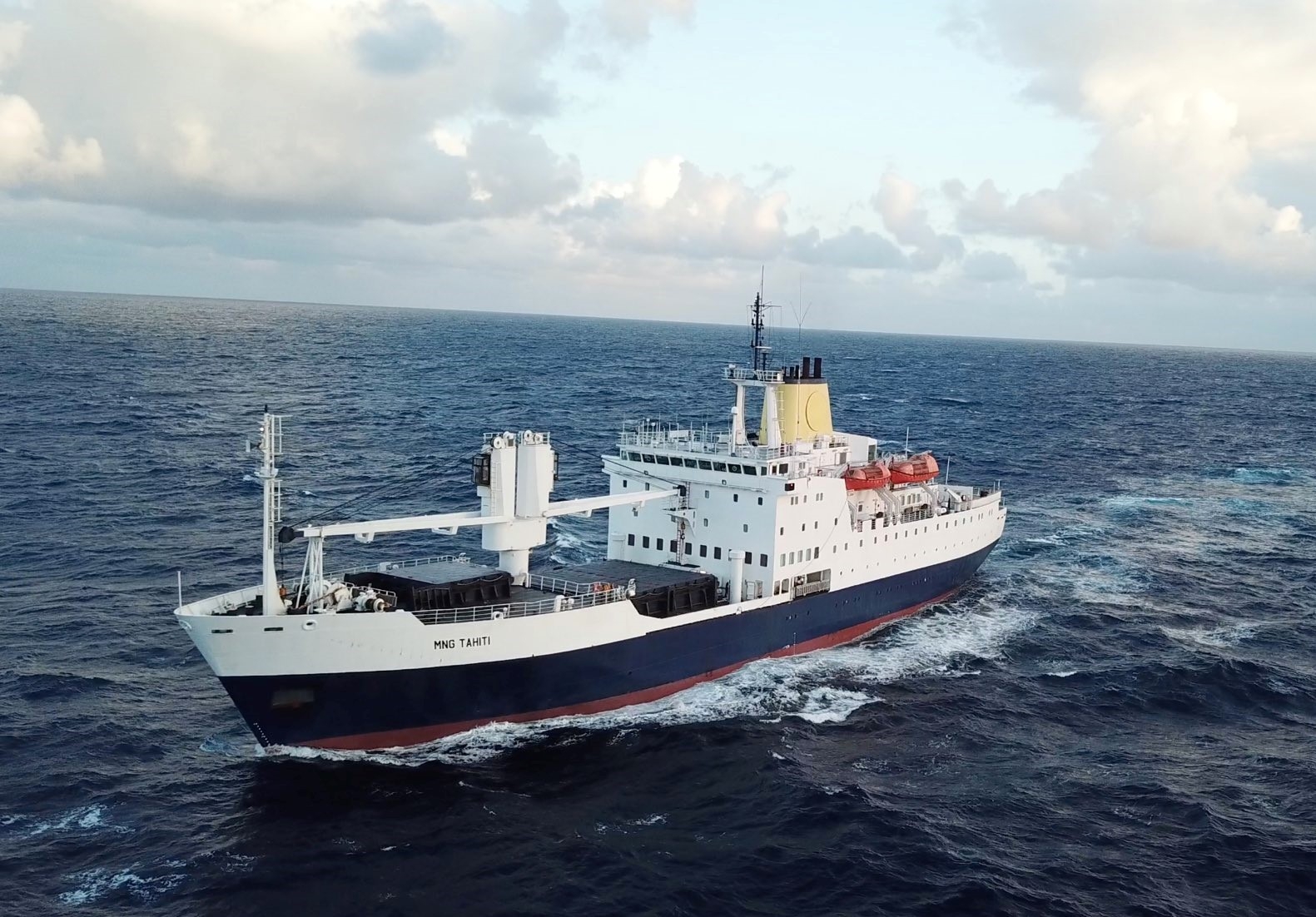 Commissioned in 1989, the Royal Mail Ship St. Helena was for long the remote Atlantic island of that name’s only regular link with the outside world. It was, however, made redundant by the introduction, early this year, of scheduled air services to and from the British colony’s newly-built airport.

Constructed by Hall Russell in Scotland, the 105-metre, 6,800-tonne vessel for many years sailed directly between St. Helena and UK. More recently it has been home ported in South Africa.

Shortly after retiring from its Atlantic duties, the iconic vessel took on a radically different role, namely as a floating armoury for private maritime security company MNG.

Positioned in the Red Sea, renamed MNG Tahiti, and registered in St Kitts and Nevis, the ship operates in support of the armed security teams which embark on merchant vessels transiting the region, in order to provide protection against pirates.

Floating armouries enable the offshore provision to ships of security teams, and their weaponry, thereby avoiding potential transgression of the matrix of regional waters’, and flag states’ regulations, which govern the presence of firearms on ships. It is likely that at least 20 such vessels are in operation worldwide.

One of the best-equipped of currently active floating armouries, MNG Tahiti supports ship security teams which are conveyed from Sohar Port, Oman to the ship by fast shuttle boat. The ship is equipped with a pair of Halmatic Pacific 22 diesel RHIBs, and offers air conditioned accommodation for up to 250 people, as well as storage and maintenance facilities for some 16,000 firearms.