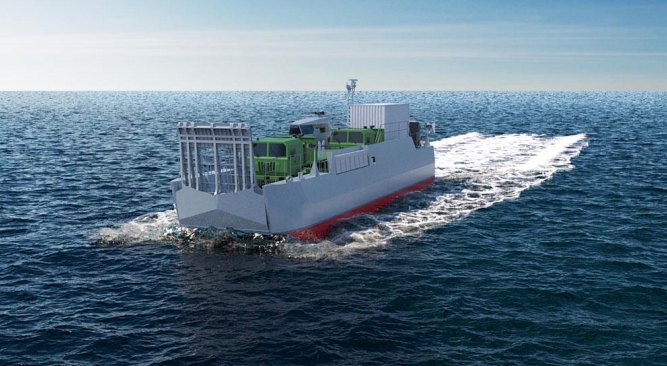 CNIM has been awarded a contract to replace the French Navy’s current fleet of amphibious logistics barges.

Fourteen new EDA-S standard amphibious landing craft are to be built and delivered to the navy over a 10-year period. Eight of the vessels will serve with the Toulon-based Amphibious Flotilla while the remaining six will be deployed at French Navy stations overseas.

Each EDA-S landing craft is designed to operate from the well decks of France’s Mistral-class amphibious assault ships.