Written by Baird Maritime on October 5, 2017. Posted in Marine Research and Training, Naval. 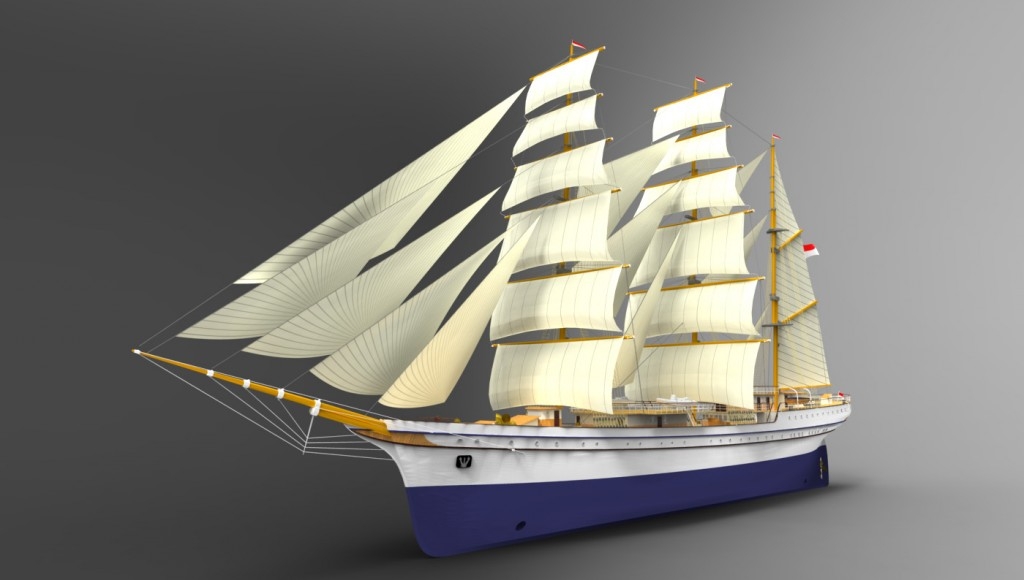 The 111-metre newbuild, with five decks, is among the largest sail training vessels in service. The Peruvian Navy’s BAP Unión is the longest at 115 metres.

Named after a mythological Javanese hero who symbolises force, bravery and righteousness, Bima Suci is designed to accommodate up to 200 crew. It includes 2,000 square metres of interiors with mess rooms, cabins, offices, weapons locker and store rooms.

Its 1,300kW main engine can reach speeds of 12 knots, with a maximum speed under sail of 15 knots.

The ship will take part in international races and good-will missions.

The Bima Suci is undertaking its maiden voyage from Vigo to its home port in Surabaya, on the island of Java.

It replaces KRI Dewaruci, which was built in Germany in 1953.