There were some significant aspects to the major exercise, dubbed Velyat 97, held by the Islamic Republic of Iran Navy (IRIN), between February 21 and 23, 2019.

The exercise was the largest to have been held by IRIN for some years. It involved more than 100 warships, several helicopters, fixed- wing aircraft and missile-armed hovercraft, and took place in a sea area encompassing parts of the Straits of Homuz, the Sea of Oman and the Indian Ocean. The exercise scenario was the defence of Iran against an invasion fleet. 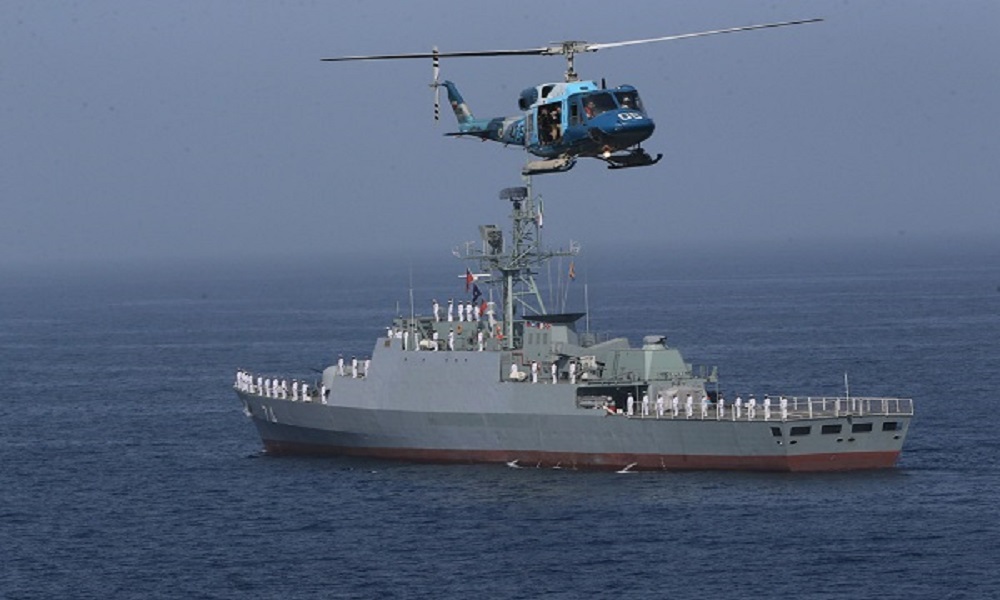 Analysis of available imagery indicates that the exercise saw the operational debuts of the latest IRIN assets, namely the Iranian-built frigate Sahand, the 2010 vintage frigate Jamarand, which was also indigenously constructed, as well as the recently commissioned, locally-built, offshore-capable submarine Fateh.

According to official reports. IRIN’s grasp of the latest technology was confirmed when a newly developed type anti-shipping cruise missile (ASCM) was fired from a submerged Ghadr-class midget submarine, and a number of ASCMs were also fired from surface warships and shore-based launchers.

There is little doubt that the exercise , which was heavily publicised, was intended to send a message to Washington, at a time when the USA is planning to strengthen economic sanctions against Tehran.