Although not generally perceived as a seagoing power, Thailand has a long maritime tradition, including deploying ships in support of the many land campaigns fought by Thai (long known as Siamese) military forces over the centuries.

Somewhat unusually for a Southeast Asian power, Thailand has long standing links with some European armed forces, and even sent troops to France to fight, with some distinction, on the Franco-British side in World War I.

The Royal Thai Navy (RTN) was formally established, with some European assistance, in 1875. The following 60 years saw the RTN engage quite regularly, with scant success, in regional operations against French colonial naval forces.

More recently, RTN warships were active in support of American naval forces during the Vietnam War, and continue to take part in multi-national maritime security operations. In 2010 the RTN OPV Pattani, and replenishment tanker Similan, engaged in such an operation, took proactive disruptive action against pirate vessels in the Gulf of Aden.

Present-day challenges facing the RTN include a maritime border dispute with Cambodia, protection of the Thai fishing fleet, and offshore energy resources, countering piracy, unauthorised migration and smuggling, as well as responding to natural disasters. The RTN also keeps a close eye on Chinese naval expansion in the region.

The RTN inventory includes both indigenously constructed vessels, and ships supplied by an unusually wide range of foreign constructors.

The RTN, furthermore, is the only Southeast Asian navy to operate an aircraft carrier, namely the 11,600-tonne, 26-knot gas turbine/diesel engine powered Chakri Naruebet, commissioned in 1997.

Built by Bazan in Spain the ship is armed with three sextuple launchers for Mistral air defence missiles, and originally operated a number of early model former Royal Spanish Navy harrier vertical/short take off and landing jet fighter bombers. These planes were withdrawn in 2006, and the carrier now only operates SH-60 helicopters. 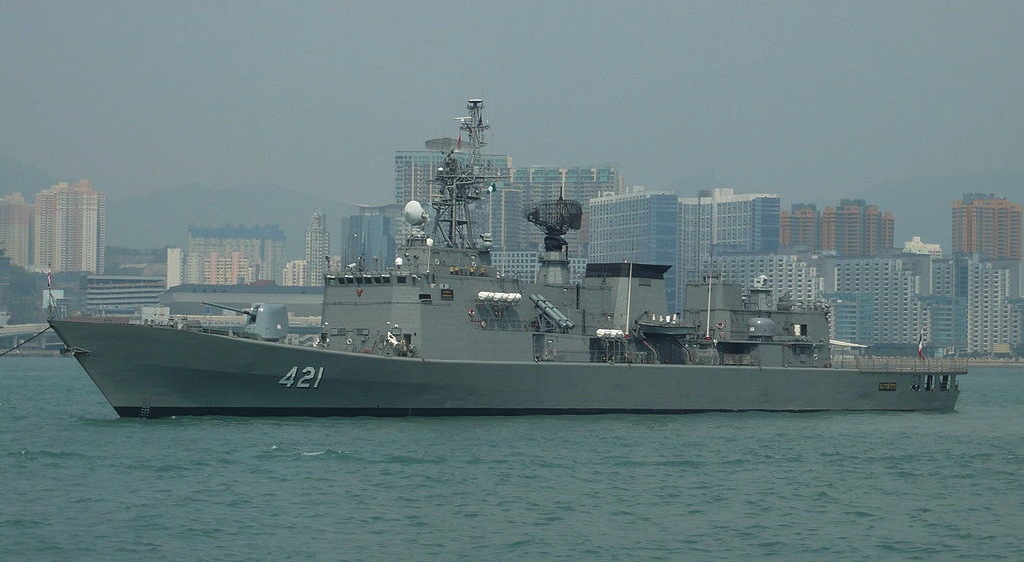 Acquired to support the carrier were two Chinese-built modified type 53 frigates, Naresuan and Taksin, and a replenishment ship, Similan, also built in China, to a design based on that of the PLA Navy’s Fusu class.

The two frigates each displace 3,000 tonnes, and are powered by gas turbine/diesel engine propulsion, giving a top speed of 32 knots.

Following an upgrade by Saab from 2011, their armament consists of a 127mm gun and two 30mm cannon, an Evolved Sea Sparrow Missile (ESSM) air defence system Harpoon anti-shipping cruise missiles (ASCM), and two sets of triple anti-submarine torpedo tubes. There is a flight deck and hangar for a Super Lynx helicopter.

Following delivery, the RTN was in a prolonged dispute with builders CSIC over alleged poor workmanship.

Due to be commissioned in 2019 is the 2,100- tonne modified River-class OPV Trang. Designed by BAE Systems, this ship is being built under licence by Mahidol Adulyadej Naval Dockyard in Thailand. Unlike sister ship Krabi, already in RTN service, Trang’s gun armament will be augmented by Harpoon ASCMs.

There will be a flight deck for an H-145M helicopter.

Bangkok is negotiating with Colombo over the prospective construction in Thailand of three ships of this type for the Sri Lankan Navy. 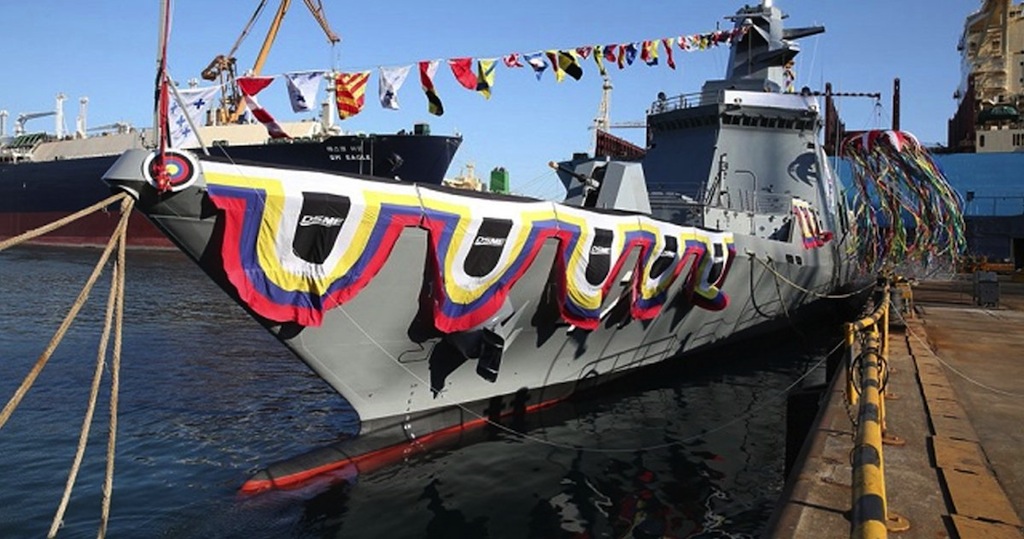 The RTN is now on the cusp of a major advance in capabilities, with the future commissioning of advanced frigates and submarines. On December 14, 2018, South Korean shipbuilder DSME handed over the newly-built, 3,800-tonne, 30-knot advanced stealth frigate Tachin to the RTN. The ship is due to commence sea trials in August 2019.

There a plans to build a second warship of this class in Thailand.

Thailand operated Japanese-built submarines until the 1950s, and is about to return to the undersea warfare scene. In 2014 the RTN established a submarine crew training facility, and in 2015 it was announced that a US$ 1 billion contract has been awarded to CSIC for the supply of three S26T submarines. The contract includes crew training, weapons and equipment.

The S26T is a development of the PLA Navy’s Yuan submarine, and will reportedly feature air-independent underwater propulsion (AIP). The AIP system enables extended high speed underwater operations. A steel cutting ceremony to mark commencement of construction of the first -of-class was held in China in September 2018.

Bangkok is pursuing a dual-pronged approach to submarine purchase, having also contracted UK-based BMT to initiate a project to build midget submarines in Thailand.

The RTN is already a force to be reckoned with, and the current programme of acquisition of very modern, offshore-capable, surface and underwater warfare assets is set to ensure that the RTN can take a significant role in the furtherance of Bangkok’s maritime interests in the years ahead.