BOOK REVIEW | We Killed Yamamoto: The Long-Range P-38 Assassination of the Man behind Pearl Harbor, Bougainville 1943 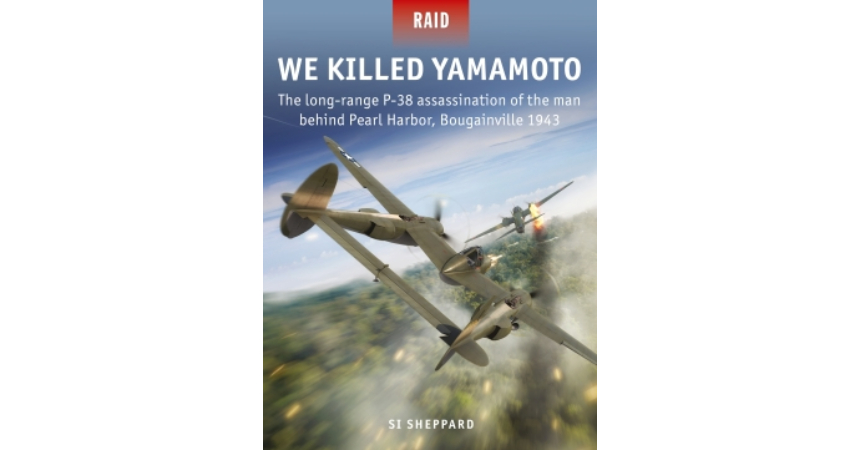 The fact of the 1943 killing of Admiral Isoroku Yamamoto, Commander-in-Chief of the Imperial Japanese Navy (IJN) and mastermind of the Pearl Harbor attack of December 1941, is well-known.

The “facts” as to how he was killed are much less well-known. This very well presented little book marshals and presents those facts very effectively. It is an important and very interesting story that has been well told.

The use of the word “assassination” is arguable. Yamamoto, himself, was probably well aware that, after the success of the attack on Pearl Harbor, he was himself doomed. He had certainly commented publicly to the effect that both Japan and its navy were doomed once the United States collected its wits. His own very well-known involvement with the operation condemned him.

This report focuses on the codebreaking aspects of the American retribution. They are vital to the story. Also vital is the very cavalier way in which many of the Americans involved, down to the US Army Air Forces P-38 fighter pilots who carried out the mission, handled the very important signals intelligence (SIGINT) they possessed.

Amazingly and incredibly negligently, top IJN officials, especially Yamamoto’s handlers, were equally as careless. Despite the outcome of the Battle of Midway nine months previously, they seemed unable to conceive that the Allies were “reading their mail”. Even after the downing of Yamamoto, the IJN, even more amazingly, failed to conceive of this vital fact.

All this is described and well analysed here along with the strange, if not downright disgraceful, behaviour of some of the American pilots after the event.