BOOK REVIEW | USS Arizona – The Enduring Legacy of a Battleship 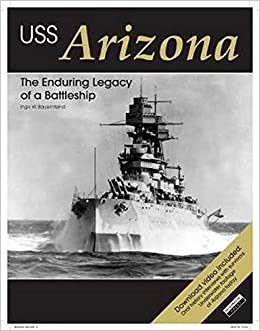 Probably best known for its memorial status “remembering” Pearl Harbor, the battleship USS Arizona was sunk there on December 7, 1941 during the surprise Japanese attack that saw the United States enter World War II

A beautifully presented book, this covers the history of the famous ship from its launching in 1916 to its current role as a memorial more than a century later. Many of the plentiful pictures are excellent and capture well the Arizona’s working life as an important component of the US Navy’s rather depleted fleet during the twenties and thirties.

Utilising photographs, drawings, flashbacks and excellent personal vignettes, the book describes the ship, its history and many of its people very well. A great tribute.

Three complementary videos of the history of the ship are also available.