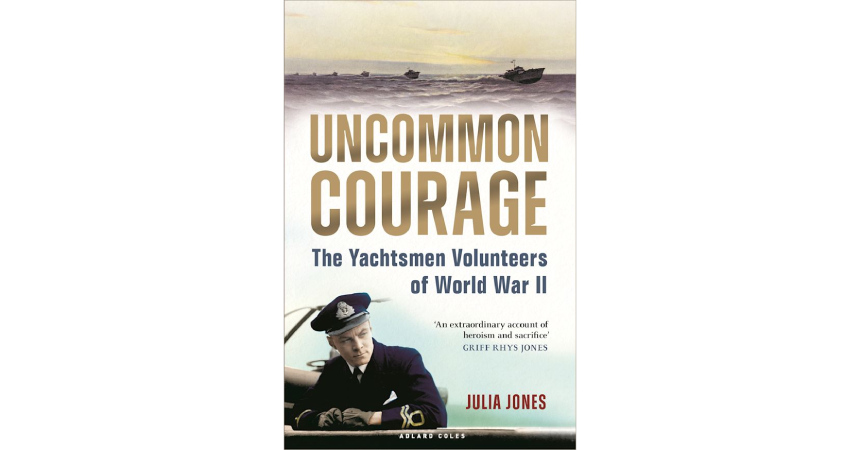 This a very personal but still excellent account of an important but unsung feature of Allied naval success in World War II. To your reviewer, who knew many such Naval Reserve officers from the British, Australian, Canadian and American navies, the book brings back many strong memories and rings very true.

Young experienced yachtsmen were able to fill a major gap in the personnel resources of the Allied navies in the desperate early days of World War II. They required relatively little training and knew, almost instinctively, how to handle boats and small ships. They quickly became useful and rapidly rose to often very effectively command and crew the essential smaller vessels that “regular” naval officers were usually not very keen on.

The book very powerfully reminded this reviewer of the many (now deceased) personal and family friends, including his father-in-law, who served in the British, Australian, Canadian and United States navies as yachtsman reservist officers during World War II. Indeed, several of them travelled to England, sometimes at their own expense, to do their bit for the Empire.

Most of them rapidly rose to command or serve as officers on a wide range of vessels from MTBs, MGBs, LSTs and corvettes to a submarine and a frigate. They experienced adventures that were both exciting and, at times, terrifying.

The author is English, so she writes from that perspective, but the substance of her fine book is just as appropriate to the other Allied navies. She clearly shows the enormous value of reservist officers in wartime. It is depressing that the modern versions of the navies mentioned here seem to see little value in and even actively disparage the use of such reservists in wartime. These navies today do so at their own peril.

Hopefully, though, in these very uncertain times, this book might serve to remind modern naval chiefs of the great value of Yachtsman Volunteers. Interestingly, and by contrast, China’s PLA Navy acknowledges the importance of its similar small commercial and fishing boat operators with its enormous Maritime Militia. Unfortunately, though, in reality, few of the admirals of this reviewer’s acquaintance are likely to read the book or even learn of its existence.

This is a very important and thought-provoking book.