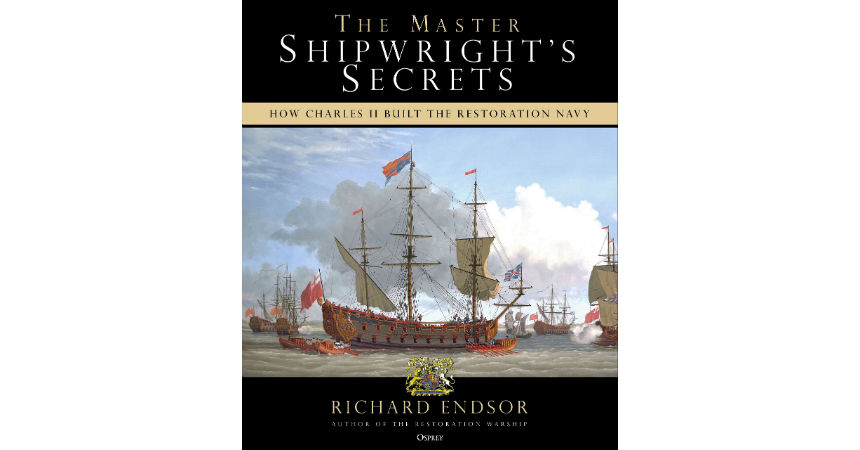 Clearly a labour of love and great passion, this book is extensively researched, carefully written, brilliantly illustrated (mostly by the author), and beautifully presented. It is a big, heavy book that is worth every penny of its quite considerable price.

England’s King Charles II was one of those unfortunately rare rulers who was passionate about the sea and ships. He was one of the world’s first yachtsmen, a man who actually went to sea for pleasure. When he came to the throne, he set about restoring many things, hence “The Restoration”. Among them was England’s much depleted and neglected navy. He was determined that it would be the world’s best.

Fortunately, he was aided by an equally enthusiastic Admiralty whose Secretary was the renowned Samuel Pepys. They made a very effective if not, apparently, always agreeable team.

They were further aided by a flowering of naval architecture and ship construction in England’s Royal and private shipyards. A case of everything coming together in the right place at the right time. The results were impressive and they are brilliantly described in this very fine book.

The “shipwright’s secrets” revealed here are fascinating and illustrated impeccably so as to give even non-mathematical ignoramuses, such as your reviewer, a very clear idea of what they were.

This is a wonderful book on a fascinating subject. It is maritime history at its best.