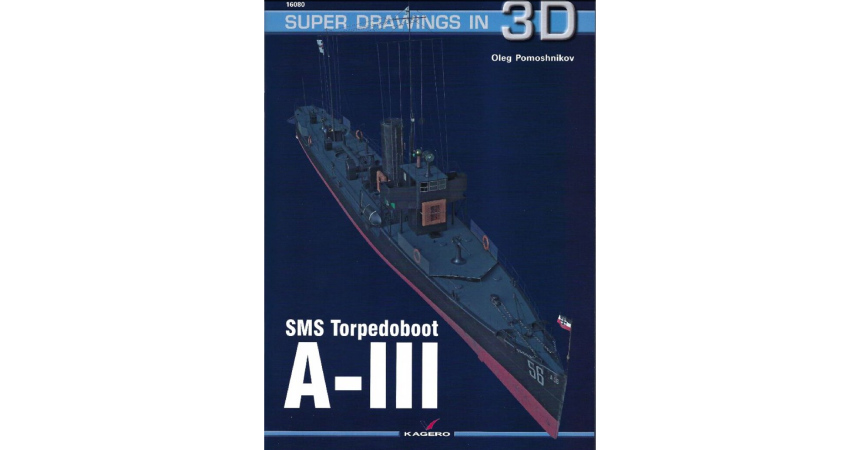 This is yet another in the delightful series of very detailed and accurate, 3D enhanced studies of important individual and classes of warships.

In this volume from Polish publisher Kagero, we are presented with a fleet of small, relatively fast, steam turbine-powered coastal torpedo boats built during World War I for the Imperial German Navy. They were mostly around 60 metres in LOA and displaced from 230 to 400 tonnes. With their powerful twin engines, they could attain about 28 knots and were comparatively seaworthy.

They were really gunboats more than torpedo boats as they were each only fitted with one torpedo tube loaded with only one torpedo. They were, however, equipped with up to three 88mm guns. Of the more than 50 boats delivered, none were destroyed in battle, though several were sunk by mines.

These remarkable little boats obviously had a considerable influence on the design and armament of many of the smaller vessels that followed them in World War II.