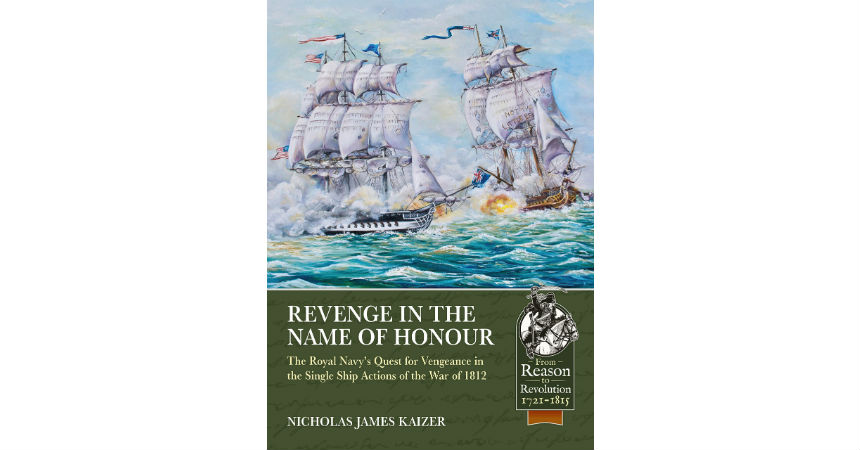 The War of 1812 between Britain and the United States of America was a strange one that both sides claim to have won. Perhaps it was really a draw even though, by the war’s end, the American economy had virtually been destroyed by the Royal Navy’s blockade. On land, though, the United States suffered little damage.

Whatever, as this fascinating book points out, it was the background to several strange battles, particularly at sea. Several of them, as the author explains, were really inspired more by personal revenge than the potential for significant naval or commercial advantage.

The actions described here involved single ships of each side. Some of the actions were dramatic and are still studied today. Some captains became famous and rich. Naval tactics and weaponry made enormous strides. Both sides learned much from the experience.

However, behind all that, a quest for revenge seems a strangely illogical reason to go into battle.

A fascinating and very well written work of naval history.