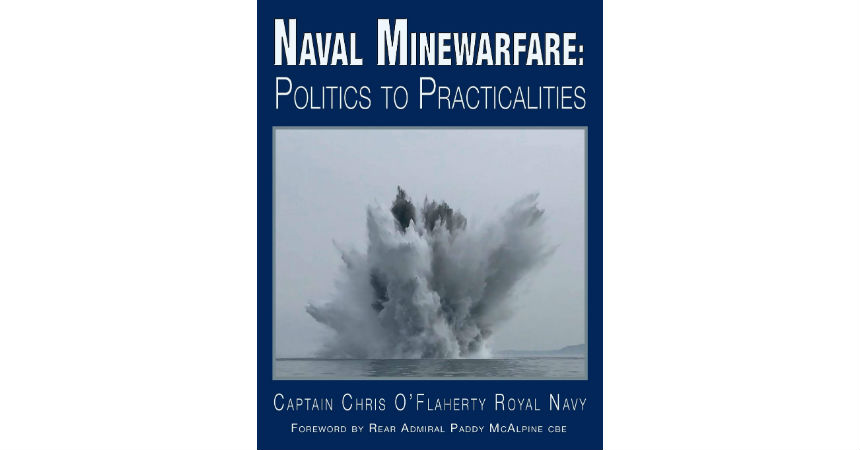 This is a very important book that should be read and studied by all defence planners, politicians and, of course, naval officers.

Since World War II naval mines or sea mines have rather faded from view in discussions of maritime defence. They have continued to be used in the more minor skirmishes since 1945 but, generally, rather discretely. Guided missiles tend to be regarded as the popular, prominent contemporary weapon of choice. Mine counter measures (MCM) are rarely discussed.

Only a few die-hard mine warfare devotees appear to continue to promote the use of mines or of protection from them. The fact is, though, as Captain O’Flaherty so ably and clearly points out here, mines are the most cost-effective weapon of mass destruction available.

Not only are they very cost-effective, if used correctly, they can be enormously useful strategic and tactical weapons. Even the knowledge of their existence can change the face of skirmishes or battles or, even, entire wars.

The author is an enormously experienced mine warfare expert. Here he lays out the knowledge gained from his thirty odd years experience in this now somewhat obscure naval branch. Anyone seriously or necessarily interested in defence – or offence – matters should greedily absorb as much of that knowledge as they can.

Interestingly, to show how little interest there is generally in this vital matter, this book has been effectively self-published, albeit to the highest standards. That, presumably, means that not many copies will be printed. Grab one while you can.