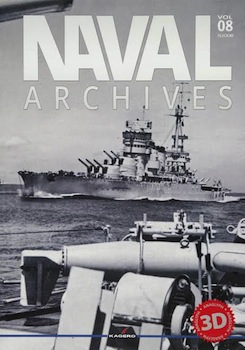 These interesting Polish publications of well-illustrated naval history are of considerable value. They show the reader which twentieth century warships were effective and which weren’t. It is a great pity they are not more widely read among current naval leaders.

This volume focuses on British and German cruisers of the 1920s. It also contains some interesting data and thoughts on the Italian fleet air arm, Grup Aer, and an article on the Fairey Fulmar light carrier-based bomber. Finally, there is an excellent 3D expose of the ill-fated Japanese battleship Musahi.

The kind of detailed design, construction and performance data presented would be of considerable value if studied by those planning the world’s future navies. They are fortunate that such an obsessive publishing company as Kagero Publishing, which produced this volume, exists.