BOOK REVIEW | Narvik: The Struggle of Battle Group Dietl in the Spring of 1940 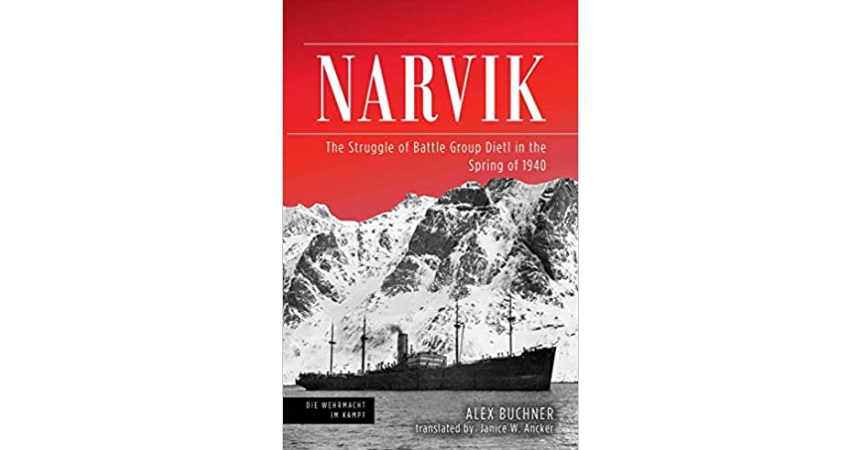 A most interesting and important book. It was first written in German in 1958 and very competently translated into English in 2020.

World War II history enthusiasts will be well aware of many of the details of the Battle of Narvik but little has been published from the point of view of the man on the ground, particularly from the German side. The author was a nineteen-year-old recruit mountain trooper who was obviously a good soldier. He finished the war as a company commander. This makes his views very useful and interesting although the fact that he obviously worshipped his commanding general, Lieutenant General Eduard Dietl, must be allowed for.

Briefly, shortly after the Nazi troops landed there from their very uncomfortable destroyer transports, the Allies attacked the Norwegian Arctic port of Narvik with the objective of cutting off the winter supply of Swedish iron ore to the Nazis. Almost on the verge of succeeding, they were forced to withdraw due to bigger and more important events in France. The grinding campaign had lasted almost exactly two months from April 9, 1940. The Nazis were then able to hold Narvik until the end of the war.

That, though, is far from the whole story. Apart from the fact that the German ore ships were subsequently picked off, almost at will, by Allied aircraft, submarines, and warships, the German forces suffered incredibly while taking Narvik. Being considerably outnumbered was only part of it. They were poorly equipped and poorly supplied in almost every respect and almost unsupported from the air or sea. The weather was terrible and the stoic troops withstood significantly more, really, from nature than from their human enemies.

As one who hates the cold, your reviewer was squirming from the horrors described so graphically by the author. Frankly, he and his considerably depleted “band of brothers” deserved the place.