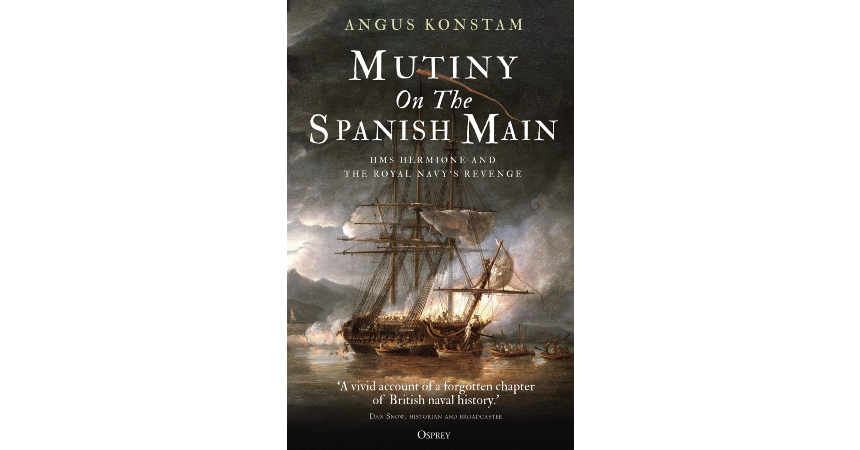 This is an excellent book that is excitingly written and brilliantly explained by way of historical facts and technical, political and geographic details. One of the best books of naval history ever enjoyed by your reviewer. And, the word “enjoyed” is used very advisedly here.

The year 1797, between the French Revolution and the Napoleonic wars, was a time of considerable turmoil in Europe and among Europe’s imperial possessions. The Royal Navy was not immune from that turmoil and it suffered several mutinies in that year.

The mutiny aboard the HMS Hermione was undoubtedly the worst in terms of both its brutality and its economic cost. The author has researched his topic very thoroughly and obviously is very familiar with its historic and political background. He has described it all brilliantly.

The mutiny took place in the Mona Passage between the islands of Santo Domingo and Puerto Rico in the Caribbean and the dramatic recovery or “cutting out” of the ship from the Spanish was achieved off the coast of what is now Venezuela on the Spanish Main. There was plenty of exciting and brutal action between.

This is a fascinating story that has been particularly well told.