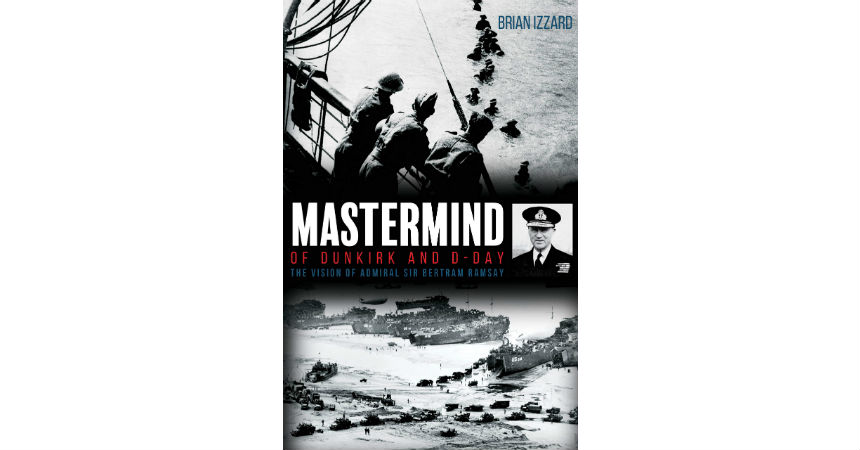 This reviewer is firmly of the opinion that many of the best histories are written by journalists or former journalists. This book is no exception. The author is a journalist of vast experience who also happens to write great military history. He certainly has a talent for weaving a fascinating and readable tale.

Of course, a fascinating subject also helps, especially one who has left such a clear and revealing paper trail covering both his career and his personal life. The subject, Admiral Sir Bertram Ramsay, was a perfectionist with all the benefits and disadvantages that such a personality bestows. He was also an exceptionally brilliant organiser with an amazing memory and astounding attention to detail for a truly “big picture” man.

Although he could be “difficult”, even his detractors recognised his organisational brilliance. He also benefited from having friends in high places. Those factors helped ensure he was in the right place at the right time when World War II broke out. He was then appointed as Vice Admiral Dover. That led to him being “Johnny on the spot” when it was necessary to evacuate the British Expeditionary Force and large numbers of French troops from Dunkirk in 1940.

The story of the Dunkirk evacuation is well known and need not be elaborated on here. Suffice to say, it was an astounding success that saw nearly seven times the expected 50,000 troops being evacuated. Recognition of Ramsay’s unique talents then led to his leading role in the Torch landings in North Africa and the subsequent Allied invasion of Sicily. He did not disappoint in either operation.

As a result, he was chosen to lead the seaborne aspects of the Normandy landings in June 1944. The outstanding results achieved there are also well known, even if his name is not.

Tragically, Ramsay died in a flying accident in January 1945 just when he was readying to take a well-earned retirement with his young family. This is all well described in this quite personal but very inspiring biography.