BOOK REVIEW | I Will Run Wild: The Pacific War from Pearl Harbor to Midway 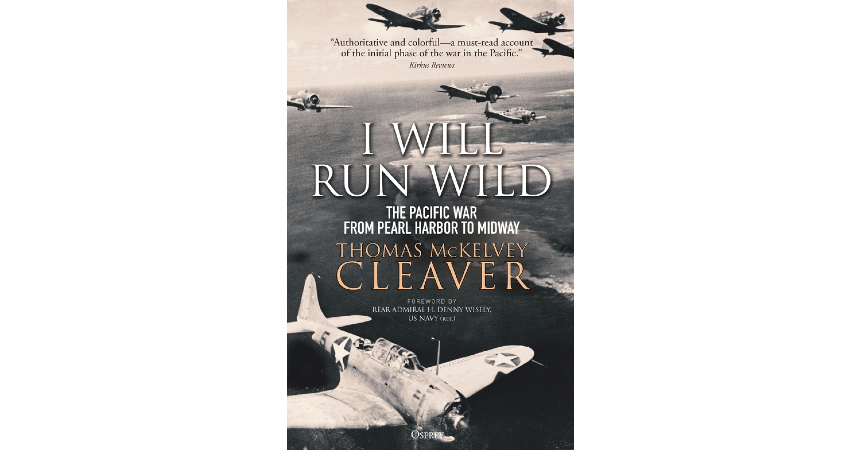 This excellent book is one of the new breed of World War II histories that incorporate substantial comment from some of the few remaining participants in that war. It also focuses intensely on the first six months of the war, thus giving a very detailed coverage of that vital period.

The well chosen title, which, incidentally, is similar to that used on the second volume of Peter Harmsen’s brilliant trilogy War in the Far East ( to be reviewed here shortly), is drawn from a comment made by Admiral Isoroku Yamamoto, Commander-in-Chief of the Combined Fleet of the Imperial Japanese Navy.

“In the first six to twelve months of a war with the United States and Great Britain,” the ever prescient Yamamoto said, “I will run wild and win victory upon victory. But then, if the war continues after that, I have no expectation of success.” He did indeed run wild around the Pacific for six months and he was absolutely correct about the lack of success that followed.

While Britain took longer, the United States, as is well known, gathered its wits and restored its forces sufficiently to powerfully turn the war against Japan in almost exactly six months. This book, very clearly and concisely, shows how and why.

Yamamoto was a very intelligent, observant, educated, and well-travelled man. He would not, in the least, have been surprised at the turn of events. Effectively, from mid-June 1942, following the Battle of Midway, Japan was doomed. It is tragic that Emperor Hirohito, General Tojo, and their fanatical and dangerously delusional colleagues, who led Japan into the war, could not see that.

In one very well researched and presented book, we learn how Japan’s fortunes turned from triumphant to tragic in six hyper-active months.