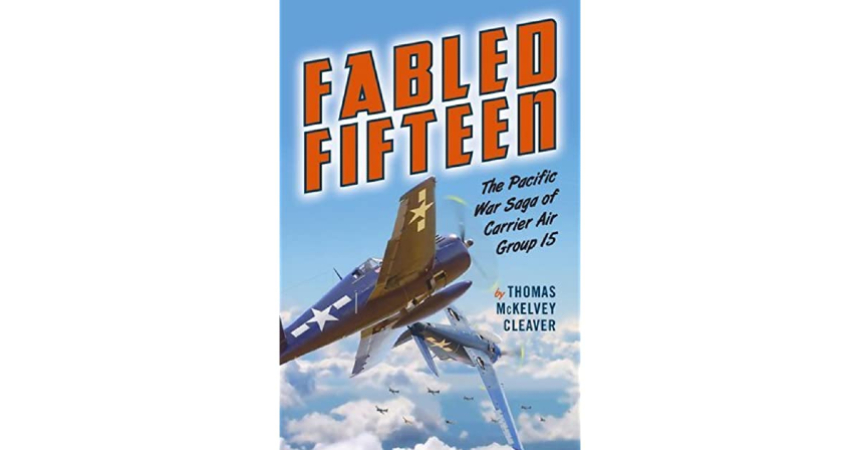 This is an excellent example of a, fortunately, fast-growing publishing genre. That is the very personalised but accurate histories of World War II that have, so to speak, been compiled direct from the horse’s mouth.

In this case, the very personal diarised or interview recorded recollections are carefully leavened with detailed overall histories of the events described.

Fabled Fifteen describes the exploits of the US Navy’s Carrier Air Group 15, which operated from the fast aircraft carrier USS Essex between May and November 1944. That period included both the “Great Marianas Turkey Shoot” and the biggest naval battle of them all, the Battle of Leyte Gulf.

Of this group of around 100 young pilots, 21 were killed in action and one was lost in an accident. Twenty-six became aces with five or more confirmed aerial victories apiece and their leader, Commander David McCampbell, became the US Navy’s “ace of aces” and a Medal of Honor winner. They destroyed, probably destroyed, or damaged more than 1,000 Japanese aircraft and inflicted heavy losses on Japanese shipping – a very highly successful group.

Their story is told here in a most exciting and interesting way. It is very hard to put down.