BOOK REVIEW | Crisis at the Chesapeake: The Royal Navy and the Struggle for America, 1775-1783 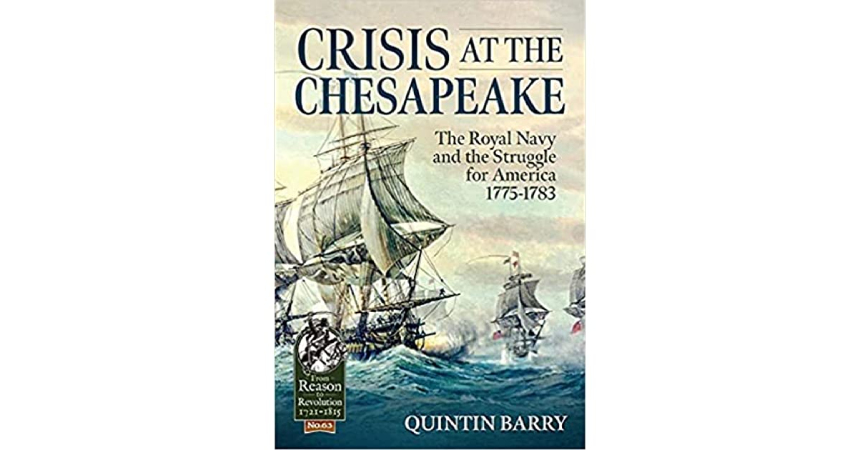 Quintin Barry is a retired British lawyer and employment judge who has a rather obsessive interest in and talent for recording military, particularly naval, history.

This book is typical of his work. It is brief, succinct yet comprehensive. It offers an excellent overview of the naval aspects of the American War of Independence, the build-up to it, its conclusion and its aftermath. It describes the leading American, French and British participants and the parts they took very usefully. It is hard to believe how much information the author has packed into only 260 well-illustrated pages. It is very un-lawyer-like.

Looking back from the perspective of 2021, the War of Independence was a very interesting war. It was a true revolution in which many of the principal characters, while not exactly shooting at their brothers as in a civil war, often were personally acquainted. Virtually everyone involved spoke English, or at least a form of it, and the rules of engagement, such as they were, were generally understood, abided by and accepted.

Similarly, the ships and their armaments involved were generally similar and there were few “secret weapons”. Individual commanders were the key and the final decisive action in Chesapeake Bay effectively marked the successful conclusion of the revolution.

This is a really good analysis of what happened there 238 years ago.