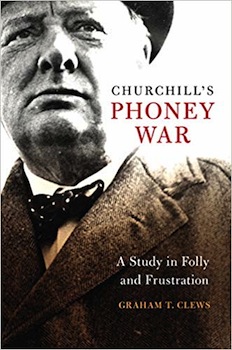 For most of the 1930s, Winston Churchill was an intensely frustrated man. He clearly saw the perils inherent in the rise of Hitler and Mussolini and was very wary of Stalin. He found it difficult to understand why, effectively, he was seemingly the “only one in-step”.

While, as the author makes clear, Churchill made many mistakes, he was largely correct. His frustration came from difficulties with his political colleagues and their, and much of the British populace’s blithe ignorance of the threats Churchill saw facing them.

A turbulent character who many had written off as a “has been” he showed unbelievable determination in clawing his away to the top to become, eventually, Britain’s man of the hour. The political situation was complex with many leaders clinging to pacifist notions. His amazing contortions through this background were mightily impressive.

The author details all of this and describes well the important relationships and decision-making processes of the period. He is particularly good on the often poorly described relationship between Churchill and Neville Chamberlain, the Prime Minister he finally replaced in May 1940.

OPINION | The maritime workforce is essential for all Australians