BOOK REVIEW | Bastard Behind The Lines: The Extraordinary Story of Jock McLaren’s Escape from Sandakan and His Guerrilla War Against the Japanese 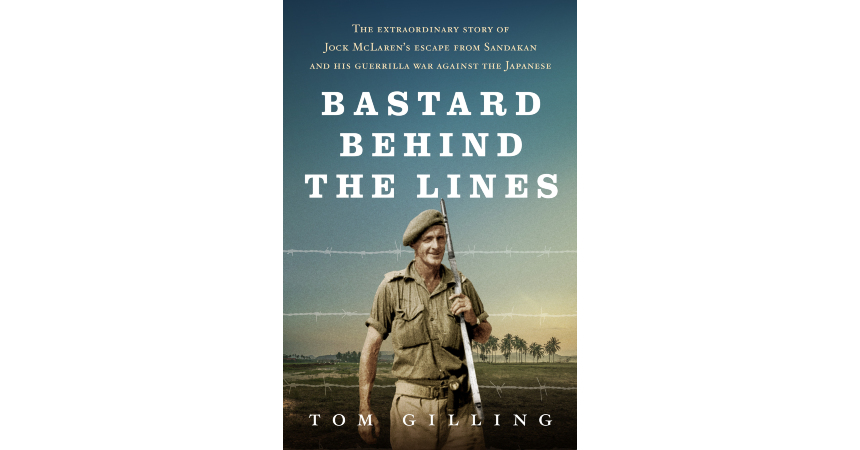 This certainly is an extraordinary story of intense high adventure. Jock McLaren was a Scottish-born migrant to Australia. Working as a vet in Queensland prior to World War II, and 39 years old, he volunteered for service in the Australian Army. He commenced as a private in an ordnance workshop.

Captured following the British surrender of Singapore, he was too tough and resourceful to put up with that for long. He escaped and fled to Malaya. There he spent time with a band of Chinese Communist guerrillas but, after a few weeks, was betrayed for cash by a Japanese-sympathising Malay. He was sent back to Singapore’s Changi prison. That resulted in him being sent to the even more notorious Sandakan, in north Borneo. There, with a small group of Australian prisoners, and considerable assistance from some very brave locals, he escaped again and headed by canoe to the Philippines.

There they joined the American-led Filipino guerrillas with whom they remained and created havoc until General MacArthur “returned”. This, really, is the story of their adventures, which rained death and destruction on the Japanese occupying force in Mindanao and which saw McLaren being promoted to captain and awarded two Military Crosses.

Some of his adventures involved a “whaleboat” that he armed with machine guns, cannon, and even a mortar and used to terrorise Japanese coastal shipping. He even extracted his own appendix without anaesthetic in an agonising four-hour process. He really was exceptionally tough.