BOOK REVIEW | Abandon Ship: The Real Story of the Sinkings in the Falklands War 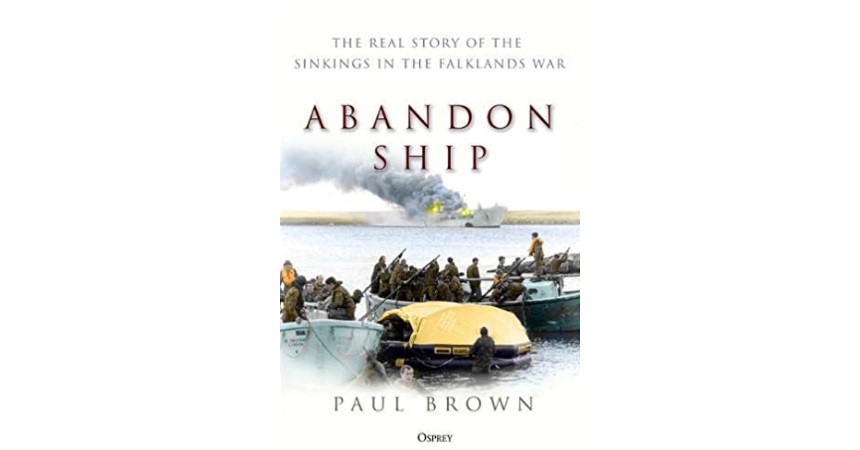 In researching this excellent and very important book, Dr Paul Brown has been determined, brave and persistent. Using the British Freedom of Information Act to the full, he has uncovered numerous important and embarrassing facts that the Royal Navy and successive British governments have tried to conceal for nearly forty years.

In doing so, he has shone a very powerful light on the ways that democracies, even the best of them, try to “protect” their citizens from reality. We are going to see many more of these kinds of revelations, that have been pioneered by Dr Brown, when the facts about the Iraq and Afghanistan wars are finally uncovered. Margaret Thatcher and most of her admirals were dead when this book was published. I suspect that Tony Blair and George W. Bush will not get off so easily.

Rigorously and forensically, Brown has studied and interpreted, despite government obfuscation and “redaction”, the cases of all the significant ships sunk during the Falklands War. His revelations make it obvious why the British Government of the time tried so hard to conceal the realities of their “great” victory.

Put simply, the Royal Navy was found sadly wanting in many respects, most particularly with respect to leadership, ships, training and weaponry. These failings led directly to the loss of six expensive ships and several hundred young men.

As a constant “naval gazer”, your reviewer has studied and commented frequently upon the declining standards of the navies of the major democracies since the glory days of World War II. The disappointing British experience revealed in this book should be noted by the other democracies as a “there, but for the grace of God, go I” revelation. All exhibit many alarming similarities with the Royal Navy of forty years ago.

One of the major failings obvious in professional “all volunteer” militaries is the unoriginal conformity of the minds of government employees. They generally lack the lateral thinking, creative, innovative, imaginative, adaptable and resourceful attributes that are stifled by the precautionary principles that government employees must adhere to. A much greater percentage of free enterprise reservists in more senior roles would surely help to remedy that vital failing.

It can only be hoped that some of the world’s more creatively thinking politicians take the trouble to carefully study this very important book.