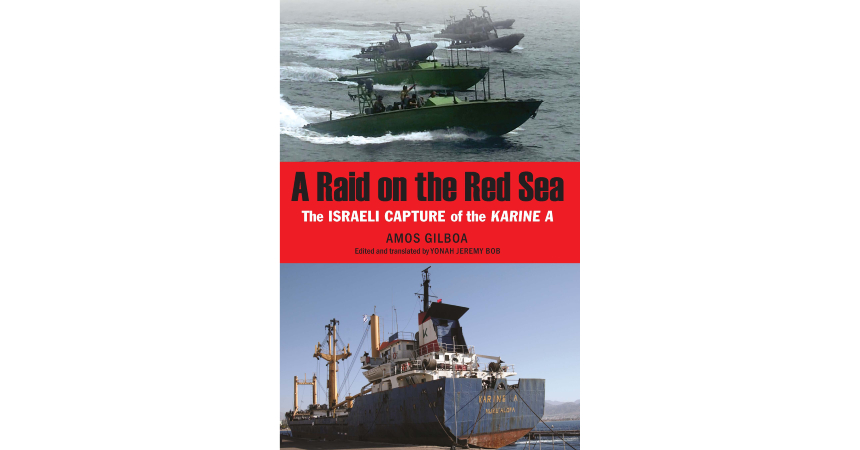 It is a pity that it has taken twenty years for this important book to be published. Your reviewer has a vague recollection of hearing the story contemporaneously but, as the author remarks, it failed to gain anywhere near the attention it warranted.

Briefly, it details how the Israeli armed forces foiled an attempt by the Iranian government and Hezbollah to smuggle a substantial shipment of weapons, most particularly rockets to Yasir Arafat and his Palestinian Authority. An elderly cargo ship was purchased and crewed for the job. It sailed from Egypt to the Persian Gulf, where the weapons were loaded and disguised. Then, it proceeded slowly through the Gulf of Aden and up the Red Sea towards Suez with the intention of unloading the cargo into underwater holding pens in the Mediterranean for later recovery.

Unfortunately for the best laid plans of the plotters, a very observant young Israeli naval intelligence lieutenant smelt a rat. Her intuition made her the hero of the operation. She took her theory to her superiors who, after some initial doubts, took it on. Then followed a remarkably co-operative effort by practically all officer ranks, from the young lieutenant to admirals, to determine the details of the plot and the name and whereabouts of the ship.

That achieved, even more remarkable cooperation resulted in a highly effective, while diplomatically and politically sensitive, combined operation that seized the ship and crew. Using small, fast patrol and assault boats and helicopters in the open Red Sea, the Israeli Navy commandos captured the target ship and sailed it to the Israeli port of Eilat on the Gulf of Aqaba. There the Iranian/PA weaponry was displayed for all to see. It provided the first real evidence of the long suspected Iranian/Palestinian cooperation.

As the author, a retired brigadier from Israeli military intelligence explains, it took some time for the military and diplomatic reality of the plot and capture to sink in, particularly in the United States. However, it changed the face of Israeli/Palestinian relationships for the subsequent two decades and led to major and improved changes in Israel’s relationships with many of its Arab neighbours.

A wee bit overly dramatic and over detailed, but a great read nevertheless.


See all the other news, reviews and features of this month’s Maritime Security Week right here.