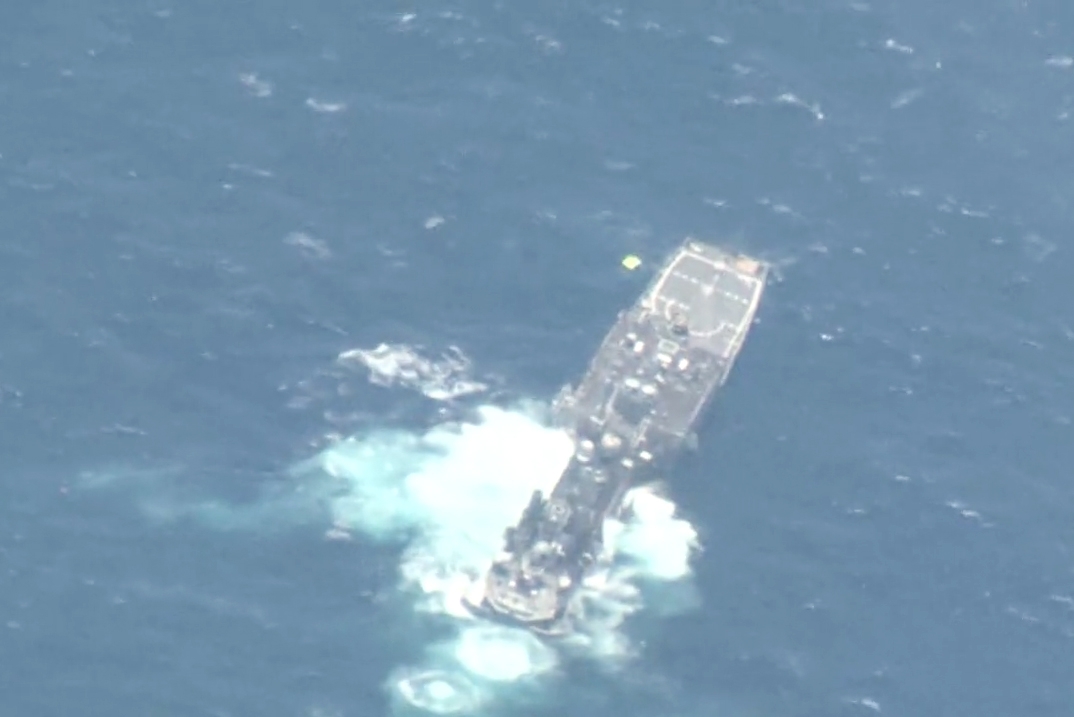 Australia, the US and Japan participated in a sinking exercise, SINKEX, on July 12 during the RIMPAC (Rim of the Pacific) exercise in Hawaii.

The US Army fired a new anti-ship missile from the back of a truck at a decommissioned tank landing ship, ex-USS Racine.

Analysts link this exercise to the concept of “archipelagic defence”, which the US and Japan are said to be collaborating on to deter Chinese activity in the contested spaces of the Asia–Pacific.