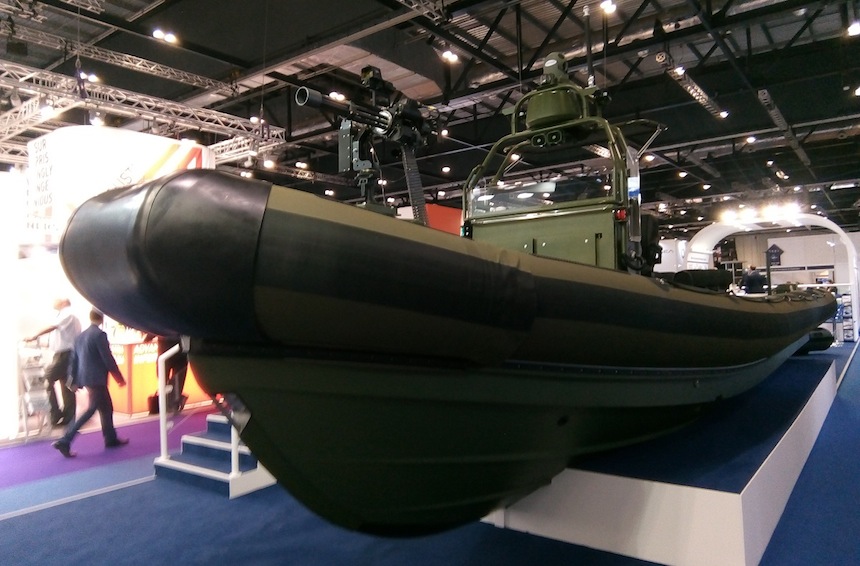 There is no doubt that the maintenance of maritime security is being given increased priority by many governments.

Disputed maritime boundaries, rampant narcotics smuggling, and large-scale irregular migration are among the catalysts for the expansion of paramilitary maritime forces, operating offshore, middle water, and coastal patrol assets. Coast guard services, particularly in Asia, are being given increased emphasis

Also being expanded are dedicated border forces, sometimes by changing the name, and roles of, existing customs and excise services. Increasingly capable craft are also required by marine police units.

These factors are boosting demand for dedicated maritime security platforms of many types. At the larger end of the spectrum, China continues to produce huge numbers of fairly basic OPVs for the still-expanding China Coast Guard, while the Vietnam Coast Guard is awaiting the completion of two advanced, helicopter capable OPVs by Damen-affiliated Vietnamese shipbuilder Song Thu.

Due in the near future to enter service with the Royal Australian Navy and the US Coast Guard respectively are new, advance OPVs of the Arafura, and Heritage classes respectively. This will probably result in significant numbers of the Armidale and Famous-class vessels, which they are supplanting, becoming available on the second-hand market.

OPV size, and armament fits, continue to increase, meaning some such craft are capable of carrying some of the roles usually undertaken by frigates. The Royal Thai Navy’s recently-commissioned OPV Prachuap Khiri Khan, based on BAE Systems’ River class is, uniquely for an OPV, armed with Harpoon anti-shipping cruise missiles.

Damen has established dominance of the surging market for middle water patrol craft, with many of its products featuring the revolutionary sea axe hull form. Orders for vessels of up to 200 metres in length have recently been completed, or are on order for, Nigeria, Vietnam, South Africa, Namibia and Trinidad

CMN recently launched the first of a planned 39-strong class of 48-knot, 32-metre order for Saudi Arabia. Many of these craft will be indigenously built.

Types of RHIB, capable of mounting armament, radar and other sensors, and able to carry out tasks which have previously been undertaken by larger, more conventional craft, are much in demand.

Other craft of this type include the big-selling Metal Shark “Defiant”, which is currently being supplied to Vietnam, Uruguay, Peru and Aruba.

Australia is leading the way in the acquisition of modern police patrol and response vessels. Such craft are required to provide security for the nation’s extensive, and increasingly busy, coastal waters.

Meanwhile, on the ever more important unmanned surface vehicle (USV) front, Metal Shark has developed the “Sharktech”, while the UK subsidiaries of L3Harris, Atlas Elektronic and Thales, are all developing USVs to carry out mine warfare, surveillance, ant-submarine, interdiction, and force protection roles.

Now looming on the horizon are further rafts of anti-pollution maritime legislation. This is likely to precipitate a surge in orders for eco-friendly maritime security craft. An early competitor in this new arena is Wight Shipyard’s nine-metre hybrid craft, which uses electric propulsion for low-speed operations.