An unusual event attracted much attention on London’s River Thames on October 24.

Against a backdrop provided by the Royal Netherlands Navy’s Damen-built Holland-class OPV Zeeland, which was secured alongside the museum ship Belfast in Central London, British and Dutch marine commandos conducted a joint exercise. On board the Dutch warship to witness proceedings were the king and queen of the Netherlands, who were in the UK on a state visit.

The core element of the exercise was the underway boarding by the Dutch contingent of a small passenger craft to the accompaniment of much blank machine gun fire. 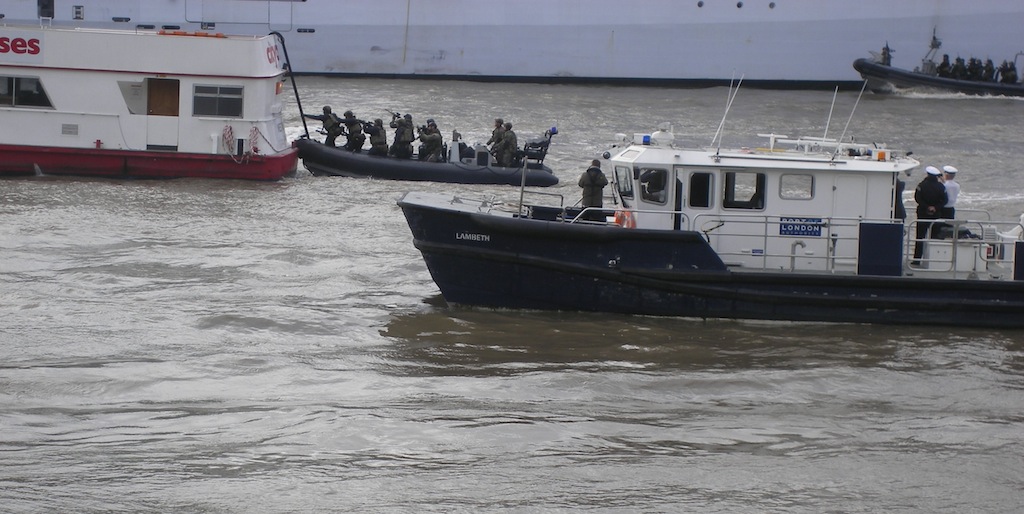 The 12-metre FRISC features twin Volvo Penta diesels, linked to stern drive, and has self-righting capability. The Holland-class each carry two such craft, while variants are also deployed from assault ships, and shore bases in Dutch overseas territories. 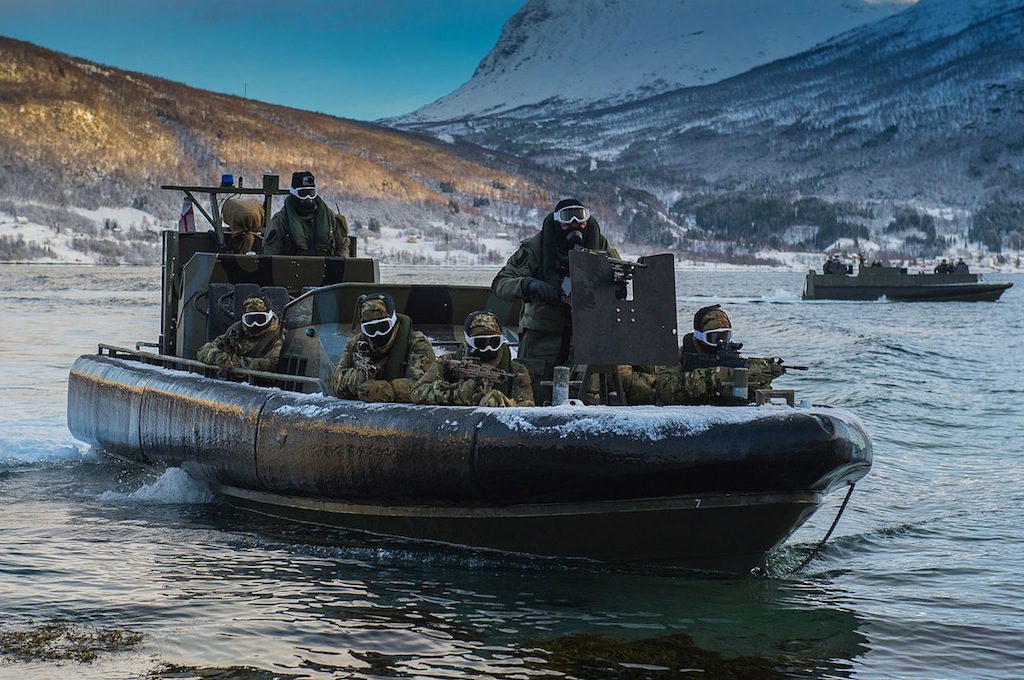 The ORC is designed to be deployed from amphibious warfare vessels positioned up to 30 nautical miles offshore. The inshore fire report version of these fabricated aluminium-hulled craft features a midships control position, a twin machine gun mount forward, and two single mounts aft, as well as extensive armour plating.

British and Dutch Marines have long-established links, and the standing joint UK/Netherlands Amphibious Force is a regular participant in international operations and exercises.