Following years of sporadic fighting between Libyan warlords, in early April forces of General Khalifi Haftar, head of the Libya National Army, (LNA) which is Russian-backed, and controls most of eastern Libya, mounted a major offensive against the UN-recognised, west Libya-based regime of Fayez al-Sarraj.

While the fighting has so far has taken place on land, there are various maritime aspects to the conflict.

The LNA navy, consisting of the former Irish Naval Service OPV Alkarama , a few small patrol craft formerly of the official Libyan Navy, fishing craft, and a number of RHIBs, has been making its presence felt over the past year. There have been media reports that army field artillery, mounted on fishing boats, have been carrying out shore bombardment, Haftar has threatened to expel Italian warships operating off Libya, and in October 2018, an LNA patrol boat seized two Italian fishing vessels off the Libyan coast.

Most importantly, many analysts believe that Moscow is backing Haftar because they want Russian warships to have access to Tobruk, which is a far better equipped warm water port than Russia’s existing facility at Tartus in Syria. It is worthy of note that the Russians, in 2017, honoured Haftar with an official visit to the aircraft carrier Admiral Kuznetsov. 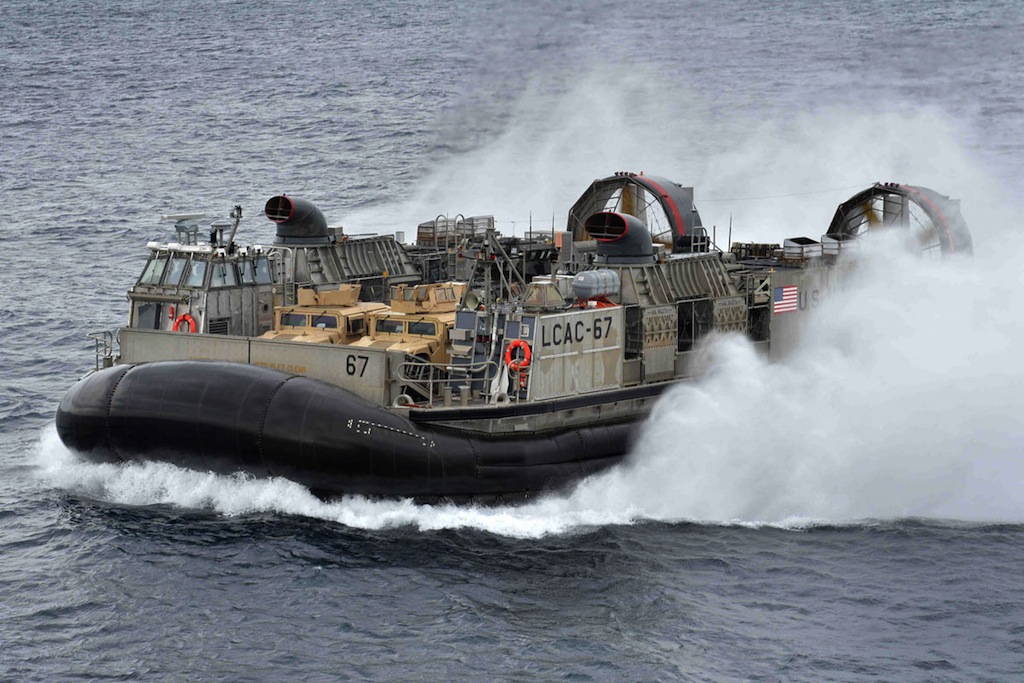 US Navy hovercraft. Photo: US Navy

April 7, 2019 saw US Navy engagement in Libya, when an assault hovercraft entered the port of Janzoor, in order to evacuate a small number of US special forces personnel. It would therefore seem that one or more US amphibious warfare vessel is operating in the vicinity.

The official Libyan Navy fleet remains largely moribund, but attention is focusing on the fate, should Haftar gain control of all, or most, of the country, of the Libyan Coast Guard (LCG). This force has been hugely bolstered over the past three years with Italian assistance, and now consists of at least 15 patrol craft, mainly second-hand vessels donated by Italy, including, most recently, former Italian Customs Service Carrubia-class vessels. LCG operations, enabled by major EU funding, been instrumental in staunching the flow of irregular migrants (IM) into Europe from sub-Saharan Africa. 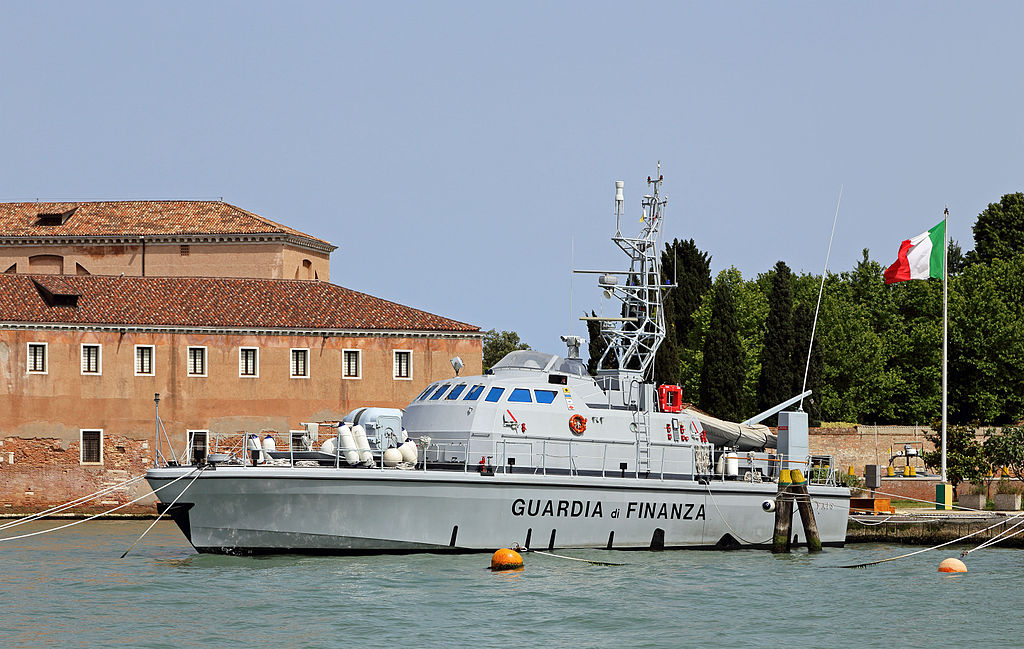 Very large numbers of apprehended IMs are now holed up in Libya, many in detention centres, and European security officials are assessing possible scenarios. There are fears that a Haftar regime might ramp up demands for EU money, and political recognition, and back up such demands by curtailing LCG patrols, and abandoning the detained IMs. This could lead to breakouts, and a surge of racketeer-arranged sea journeys to Europe, resulting in mass drownings.

Sea patrols by EU warships to deal with migration from SSA, conducted under the auspices of Operation Sophia, have recently been abandoned, as no European electorates are prepared to accept more IMs. Meanwhile, at least one non-government organisation migrant rescue ship has since resumed operations in the Mediterranean. It is likely therefore that major maritime logistical, humanitarian and political problems lie ahead for Europe.