Australia lies adjacent to a number of territories which are vulnerable to corruption, organised crime, poor governance and natural disasters, and are judged by some as constituting an “arc of instability”.

Also, China has been very active in the region in recent years, making prodigious efforts to gain influence by means of leverage on the diplomatic, economic and security fronts. Unsurprisingly, therefore, Canberra is applying considerable focus to the improvement of long term maritime security of the Pacific region.

Of particular significance was early September’s announcement by Australian foreign minister Marise Payne, following a meeting in Nauru of the Pacific Islands Forum. She confirmed that Australia is to set up, under the auspices of the Pacific Maritime Security Programme (PMSP), a Fusion Centre to receive, evaluate, and co-ordinate the response to, intelligence on such maritime security problems as illegal fishing, people smuggling and narcotics trafficking.

Canberra is also pursuing a project to build a Pacific Security College, and has already called for bids to construct such a facility.

No official information on where either of these facilities are to be located has so far been released. Some analysts believe, though, that the Fusion Centre will probably be established either in Fiji, or more likely, Papua New Guinea (PNG). Both these nations have, by regional standards, relatively large and well equipped security forces, as well as experience of co-operation with Australian, and other foreign security forces.

The newly-refitted Republic of Fiji Navy Pacific-class patrol craft Kikau recently took part in a major exercise with Royal Australian Navy (RAN) warships, while the Royal New Zealand Navy inshore patrol craft Taupo is currently deployed to assist in patrolling Fijian waters. Also, there have been recent reports that the RAN is to establish an operational base on Manus Island in PNG. 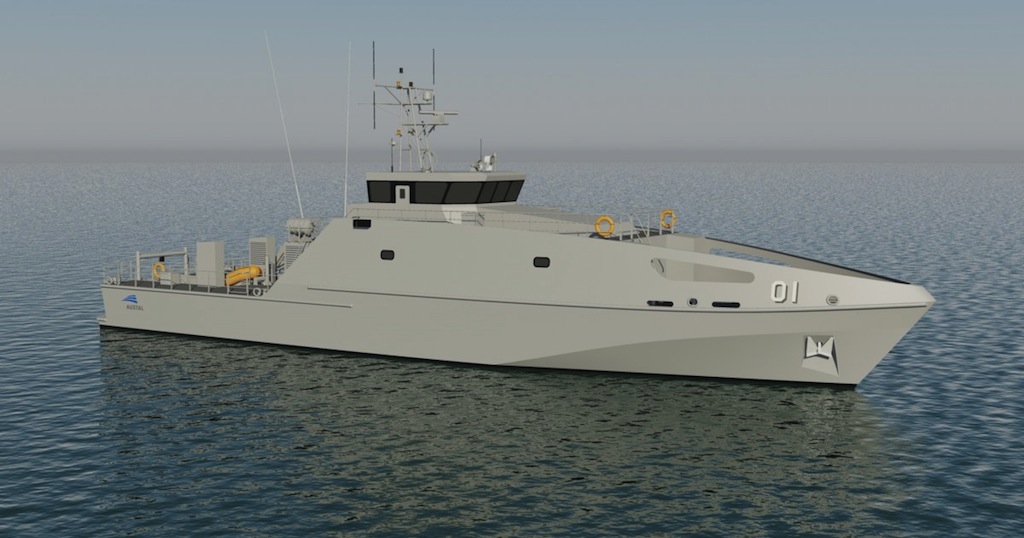 These developments are taking place just as the first of a planned 21 new Guardian-class patrol vessels, due to be constructed by Austal under the Pacific Patrol Boat Replacement Programme, is being prepared for commissioning into the Royal Papua New Guinea Defence Force.

These new 39, 5 metre, 20 knot boats, each armed with up to three machine guns, will replace the 1980s vintage vessels of the Pacific class, many of which are now reportedly in poor condition.

Each of the following forces is to be equipped with at least one Guardian patrol boat: