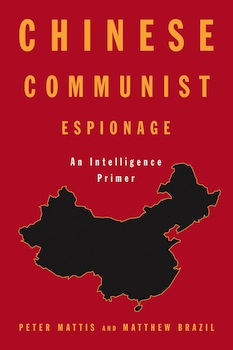 Reading this book your reviewer kept being mentally transported back to numerous books he has read about the intelligence situation in the United States, Britain, Australia and Canada in the 1930s. The similarities are striking. It can only be hoped that is where the matter ends.

While this book focuses almost entirely on China, the similar but not necessarily parallel activities of the Russians are no less worrying. In fact, they are probably even more disturbing because they tend to be more politically disruptive. Comintern and Agitprop are not dead, they just operate under new names.

Anyway, back to the Chinese situation, the Chinese Communist Party’s foreign intelligence operations have been active since long before the Revolution. However, as the authors describe, they have become much more active, and effective, more recently. This is a really good overview of how and why this happened. Interestingly, it also lists and describes the leading players.

The factor that most westerners find hard to come to grips with is the intense loyalty that the CCP imbues in its senior people. Your reviewer has visited China many times since the late eighties. He continues to find that striking.

This excellent work, that is rather more than a “primer”, should be read by politicians and senior intelligence officers in all the “Five Eyes” nations. It will open their eyes!

(By Peter Mattis and Matthew Brazil)